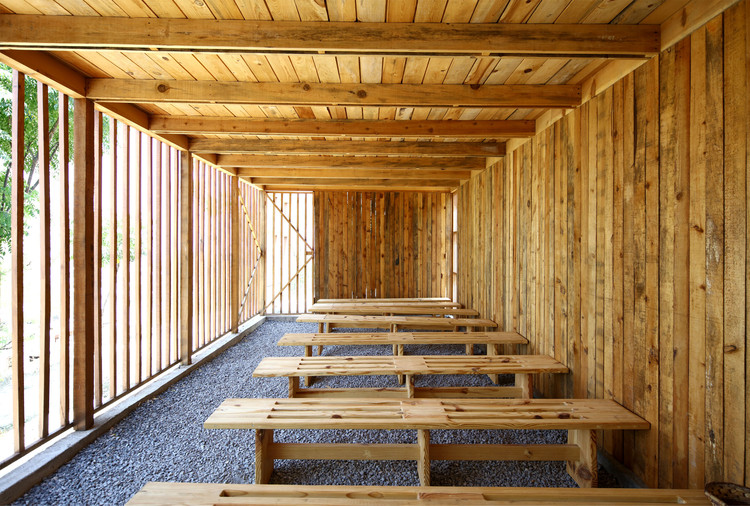 Text description provided by the architects. The project consists in creating an extension of an existing hermitage dedicated to Our Lady of Guadalupe, located at the south of the Topochico Hill, just above the Croc locality in Monterrey, Nuevo Leon, Mexico.

This hermitage originally had an adoration room of approximately 15 square meters and a porch of similar dimensions. The adoration room was in good conditions, so the decision of preserving it within the project was made, creating only a few new openings to the walls to generate a better illumination and ventilation to the complex. The porch and the metallic sheet roof were removed in order to create a space to construct the new annex, which would be used for small meetings and celebrations of religious ceremonies for the community, such as presentations or masses. While the previous hermitage responded mainly to personal and private activities, the new hermitage was transformed to a small public and communitarian building with the idea of creates a social infrastructure for the growth and fulfillment of the local neighbors.

A new volume was proposed to take advantage of the length of the mountain’s level where the porch was before, creating a semi-open space of 14 meters long facing south, to the valley that is between Topochico Hill and Las Mitras Mountains, privileging from the highest location of the site and the orientation views facing to the valley. Furthermore, as the hermitage’s scale was enhanced, it can be seen from the distance and even if it’s an abstract volume in its form and the process of construction regarding its material, the project is expected to be seen as a small and significant urban landmark of the neighborhood. The building is then a recognizable volume in the small landscape of the hill’s plot, where the access is exclusively pedestrian through the stairs that were also built by the neighbors in the past. This project is a covered but open space, maintaining the porch’s previous character, but being used as a religious and lookout site.

The project is constructed mainly with wood: wooden bars for the latticework, wooden poles to create walls and wooden planks for the roof. The wooden structure is anchored to a perimeter of concrete beams, which define at the same time the gravel paving of the complex. A small patio, an extension of the construction’s structure, is used as an access atrium for the new hermitage.

In order to accomplish the construction of this project, the participation of the members of the community and neighbors living near the San Rafael Arcangel Church led by Father Alberto Lopez was crucial. Due to diverse fund-raising activities made during several months, the community was able to collect a great part of the necessary resources to pay for the construction labor, while the materials were financed through donations made by the Church and through the Civil Association Comunidad Vivex.

Once the resources were gathered, the members of the community contributed with time and effort in the construction process, preparing the site and assisting the construction workers with numerous tasks. Even if the construction was relatively fast due to the simple constructive system, the process of the project lasted more than a year, starting with the first approach between the community and architects, the design process, organization of fund-raising activities, and the material and construction management. The community will be the one that will give life to this project, which honors the neighborhood’s Holy Lady and its people.

Special thanks to all the people that together contributed with time and effort in the fund-raising activities, donations, or construction work, supporting Father Alberto Lopez and San Rafael Arcangel Church in Monterrey.

Acknowledgements to all the companies and people that donated materials and resources to Comunidad Vivex; without your help this project wouldn’t have been possible. 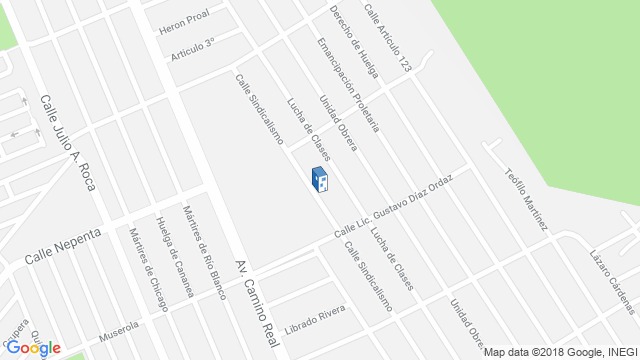 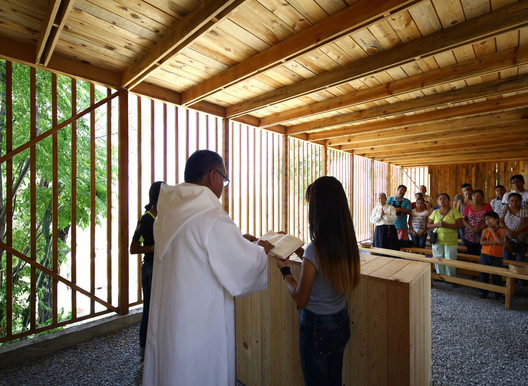 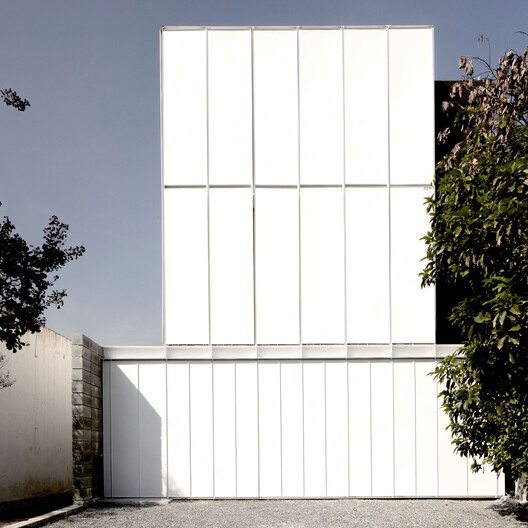 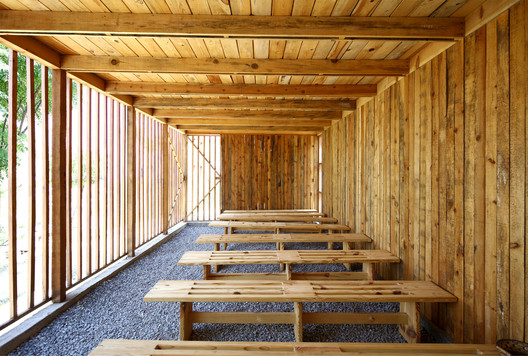