Pavel Hnilicka Architekti is set to design Prague’s Victory Square, having been announced as winners of an international competition. Led by Pavel Hnilička, Eva Macáková, and Josef Filip, the winning scheme seeks to divert all existing traffic away from the square, transforming the space with a striking central monument.

The scheme sees the removal of tram tracks through the square, which will instead be relocated to the west side and Evropská Street. While traffic will be removed from the square, a new traffic plan will, in fact, accommodate more cars than the existing layout, while the center of the existing roundabout will become a “functioning space for universal use.” 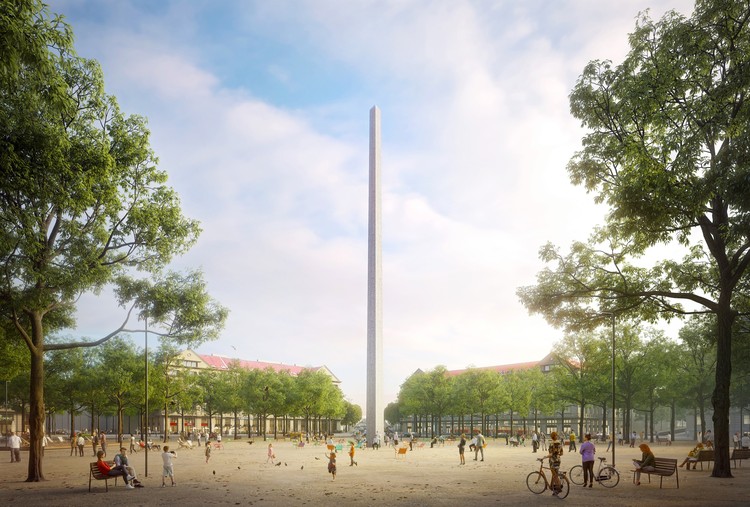 The planned placement of trees will separate the roadway from the center of the square, allowing for an undisturbed pedestrian experience, while a new Metro exit and crosswalks will allow for easy access to the new urban space.

A central monument, originally envisioned as an obelisk under plans by Antonín Engel, will anchor the new public space. The jury raised the proposition of a competition for the design of this monument as a tribute to foreign soldiers of the Second World War, which will be moved to the northeast under a new traffic layout.

The thinking of Antonín Engel greatly influenced Prague. Although his original plan was never finished, today’s generation of urban designers carries on his legacy. The winning design is a good example of this.
-Ondřej Boháč, Director, IPR Prague

News via: Prague Institute of Planning and Development 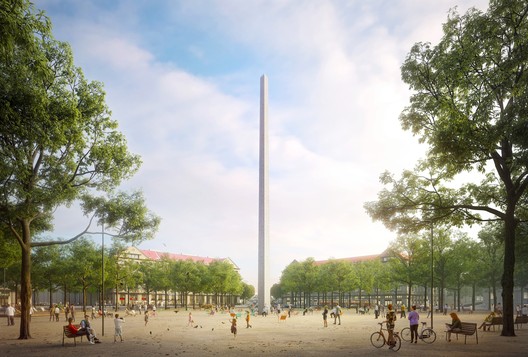