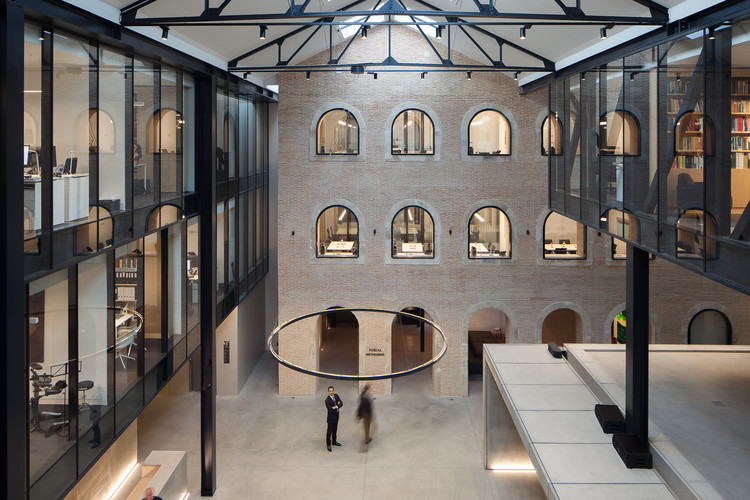 Text description provided by the architects. The chosen site to accommodate the new offices of Vieira de Almeida Associados law firm is located in the center of Lisbon, in a former industrial area near Tejo riverside. The project develops through two old industrial buildings: the main one faces Dom Luís I street and Boqueirão do Duro and contains the larger facilities; the smaller one is turned to Conde Barão Square and holds part of the back-office services.

The two buildings are connected internally to facilitate functional and working communications, increasing public and private routes, contributing to the different levels of articulation and complexity, reflecting VdA's new approach to the working space.

The proposal intends to renovate a former garage-warehouse, a building from the 19th century that suffered several modifications and that by the end of the 20th century was already in an advanced state of degradation. This construction, emphasized by its large scale, was composed by a main nave with two floors and side galleries. The intervention also includes a second and smaller building that used to be a metalworking factory from the end of the 19th century, which bears an extraordinary forged iron façade with traces of Art Noveau. This latter, also went through several modifications and an expansion in the 20th century. The project intended to maintain the character of both buildings, reinforcing its very unique characteristics.

The following proposal aimed to renew and recover the old industrial warehouse’s memory, as well as respond to the current needs of a large law firm. We took advantage of the generous void that makes this construction so particular, by building inside it a three-leveled structure with large horizontal and vertical voids, starting on the main entrance with a triple height atrium. We interpreted the existing building as a semi-exterior complex where the hallways and connecting spaces are read as “streets”, detaching itself from the conventional idea of a “corridor”, usually present in this type of functional buildings. These voids and “streets” create not only a unique visual and spatial relationship but, most of all, promote personal and professional interactions between workers, clients and visitors.

These interior streets/public areas are marked with several leisure spaces like meeting points, lounges, exterior gardens and varandas, responding to all sorts of needs and interactions. Some of the interstitial spaces between the proposed volumes can also be used as art galleries, where you can find some great pieces signed by different portuguese artists.

Regarding construction alternatives and building materiality, we opted to preserve as much as possible of the previous structures, recovering some important elements and introducing a new architectural language based on glass and dark grey steel components and window frames that aims to accent and unify all the different elements that this proposal holds. In this way, the building can be read as whole and not as a stratified space, where all the different elements work in harmony and create a dynamic work space environment, reinforcing the sense of team and unity that characterizes Vieira de Almeida Advogados. 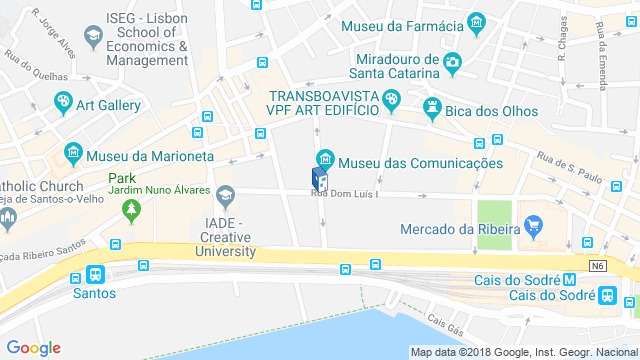