Save
The Little House of the Yellow Door / Mariclé Scalambro arq. 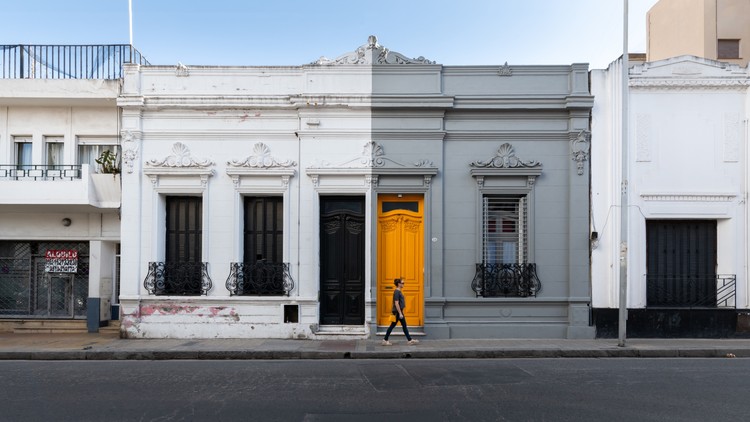 Text description provided by the architects. This house of the early 20th century, (popularly known as "casa chorizo"), is located in the central area of ​​the city.

As time went by, several transformations blurred the original scheme. Before the intervention the old house was in a total state of deterioration.

The remodeling and restoration project responds to a simple individual housing program for a young person.

The facade and the original internal structure were preserved. However, to expand spaces and create flow of circulation, divisions that had been incorporated in subsequent interventions were eliminated.

The existing service room on the upper floor that was accessed from the patio was demolished. The iron in the staircase was reused in the mezzanine library.

Taking advantage of the availability of height of the living room (characteristic of these old buildings), a new mezzanine space was created, functional as a working area or for eventual guests.

The colors of the facade (wall and door) were chosen trying to differentiate from the house next door, to avoid uniformity without creating disharmonies.