Save
Philip Johnson: A Complicated, Reprehensible History
Share
Or
Copy

This interview was originally published on Common Edge as "Mark Lamster on His New Biography of Philip Johnson."

Philip Johnson lived a long and extraordinarily eventful life. He was an architect, a museum curator, a tastemaker, a kingmaker, a schemer, an exceptionally vivid cultural presence. Mark Lamster, architecture critic of the Dallas Morning News and Harvard Loeb Fellowship recipient, has now written a thoroughly engaging biography of him entitled, Philip Johnson, Architect of the Modern Century: The Man in the Glass House. I talked to Lamster two weeks ago about the book and the bundle of contradictions that was Philip Johnson. 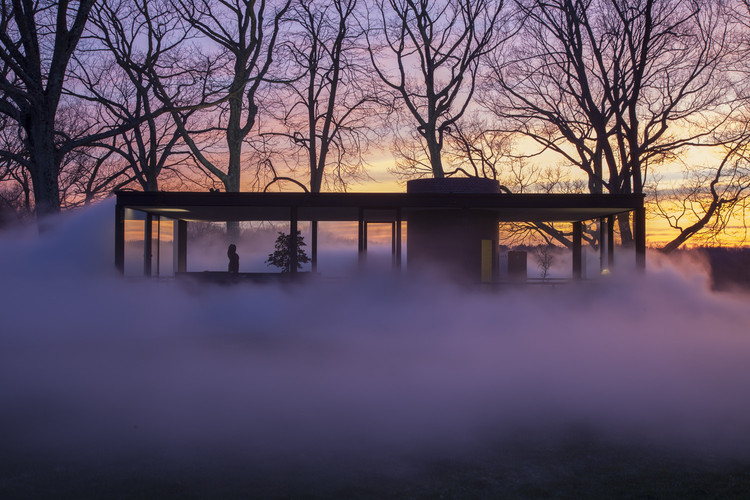 Martin C Pedersen: I have always been perversely interested in Johnson as a historical figure. I had read and enjoyed the first biography of him. So I was looking forward to reading this. And it didn’t disappoint. Tell me the genesis of your book.

Mark Lamster: Initially I had rejected the whole idea of doing it. I was coming off another book and sitting with my agent, discussing what sort of book I should write next. Someone suggested a biography of Philip Johnson. He’d been dead for a few years and there hadn’t been a posthumous biography. He was a major cultural figure. And it was right in my swing zone. But I said no. I didn’t want Johnson floating around in my head for the three years that it would take. Having no idea that it would, in fact, take three times that long.

MCP: As is always the case.

ML: Right. I walked out of that meeting convinced that I wasn’t going to do it. But I told them that I’d think about it. And the more I did, the more I became convinced that Johnson was exactly the person I needed to write about. Because it could be a book about so much more than just one person. He lived for 98 years and was stirring up trouble for all of it, so it could be a book about the entire American century. You could see so much of the American story mirrored in his life, both positive and negative.

MCP: Had you read the previous Johnson biography by Franz Schulze?

ML: Yes. It’s a fine book and he’s an excellent architectural historian. But Johnson hated that book, for a variety of reasons.

MCP: I thought he hated it largely because Schulze did deal at great length with Johnson’s “Nazi years.”

ML: There were a bunch of reasons why he hated it. I don’t think the Nazi thing was the primary reason. I think he felt like there was too much sex in it, with a homophobic slant to it. I’ve heard that criticism about it, but I don’t agree with it. I also feel like Johnson didn’t like it because he didn’t feel the architecture was covered enough.

Johnson has a certain voice. It’s antic, witty, cutting, and you don’t necessarily feel that so much in the Schulze book because it’s very much an art historian’s approach. I had a bit more of a journalist’s edge. I was very concerned about capturing his voice. I wanted you to be able to feel him in the book.

MCP: The Schulze biography does delve into Johnson’s so-called “Nazi flirtation,” but your book goes deeper and darker.

ML: I was able to get more records. And what you learn from them is that Johnson was not just a Nazi “sympathizer,” he was essentially an active agent of the Nazi state.

MCP: That’s certainly the conclusion that I drew in reading your book.

ML: He was operating with figures at the very top of the German state. Intelligence agencies. The Gestapo. He met with them, over long periods of time. He had material that they wanted. He visited them. He admitted to it under FBI questioning. It’s pretty much no question as to what he was doing. Whether he was violating the law is a bit of a different question.

Almost all of his fellow travelers and colleagues in fascist circles were arrested and put on trial. Johnson wasn’t. And the reason was that he was wealthy. He was protected by powerful friends. But really what protected him was, he had enough money that the German government didn’t need to pay him to propagandize on their behalf. Where you start violating the sedition laws is not when you start to propagandize, because that’s free speech; it’s when you start accepting money from a foreign government to do so, without registering the fact. That is illegal. But because Johnson didn’t need money, he never took any from the Nazi state. In fact, he was paying for stuff out of his own pocket. He was like their dream agent. They had to support those other agents and “spies,” but here’s Johnson, this independently wealthy figure, who can do it on his own and support others.

MCP: What’s amazing is, Johnson somehow moves past that. Talk about his ability to completely reinvent himself, from probable Nazi spy to the dean of American architecture. It’s just mind-boggling.

ML: It is. But he had powerful friends. He had friends who always cared about him. He was smart and opportunistic. And in the post-war years, people didn’t really want to talk about that past. They wanted to move on.

Johnson had Jewish friends, he had Jewish clients. He designed a synagogue. Some people knew about his past, some people didn’t know, but people were willing to forgive him. There were, of course, some people who never forgave him. But there were other things that he did that to me were even more problematic. What’s amazing to me is: he ends up designing a nuclear research facility in Israel. So basically this man—a virulent anti-Semite and a probable Nazi agent— just a few years later helped the Jewish State develop the bomb.

MCP: Like Johnson, let’s move past his Nazi years and talk about his association with MoMA. I didn’t realize the extent to which Johnson is perhaps one of the most influential museum curators in the 20th century. Their famous approach to product design was very much a Johnson innovation.

ML: It begins with the founding of the architecture department at the Museum of Modern Art. It’s his first job out of college. It took him a long time to get through college. He was not sure what he wanted to do with his life. He had some mental health issues. And finally, he figures out that he wants it to be architectural history and curating. He attaches himself to Alfred Barr. And they form this department of architecture, which is something new. And they start off with this monumental show on the International Style, which introduces European modernism to America. It very much makes a case for it as a style, stripping modernism of its social prerogatives. That was a success and he moves from that two years later to an even bigger success. Lesser known now, it’s the Machine Art show of 1934.

MCP: That show is such a precursor for almost everything MoMA does with products, for decades.

ML: This is the show that for the first time told the American public that industrial design, or designed objects, were worthy of museum attention. He’s showing glass bowls and beakers, springs, a dentist chair, a waffle iron, and they’re all displayed on white pedestals. Johnson did the exhibition design. But it was quite consciously developed out of an aesthetic developed by Mies van der Rohe and, especially, Lilly Reich. Johnson takes their approach and transports it into the American museum. There had been design shows before but nothing quite like this. There were cartoons in The New Yorker. It was a big deal. And today we’re still experiencing this idea of object-as-art. I was just in New York, at the Cooper Hewitt and the first room of the permanent collection there is displayed just like that 1934 show.

MCP: How do you assess his architecture? It’s difficult to parse because it’s so all over the place. Where do you finally come down as a critic?

ML: It was actually one of the reasons why I started out thinking that I could never write this book. Because my initial perception was that most of the architecture was terrible. And even when it wasn’t terrible, it was representative of a certain kind of design that wasn’t something I was interested in. It was very much design for the 1%. But the more time I got to spend looking at his work, the more I realized that there was actually some wonderful, beautiful, brilliant work there. Is it Mies or Lou Kahn? No, but who else meets that bar? There is some truly great work. Public work, too. And some catastrophically terrible work. So you just have to go through the individual projects and look at them. That was part of the fun, trying to bring fresh eyes to some of this work that people either don’t know about or had dismissed. Or, conversely, had celebrated, when they shouldn’t. On the other hand, one of the dangers of writing the biography of an architect is, you’ve got hundreds of projects to review. And you don’t want it to turn into: He built this, then he built that, and that.

MCP: That’s the problem with most biographies. They get stuck in the weeds, and you end up finding out what they ate for dinner, on a Tuesday, in October of 1929. Your book was well plotted, in terms of structure. Each chapter had an argument. So it didn’t get bogged down in exposition. Talk about how you structured the book.

ML: It was very difficult to structure it because Johnson led all these different lives. He had a public life. He had a private life. He had an architectural life. He had a life in the arts. And these are all going on simultaneously. But they’re all moving at different velocities. Then you get major architectural projects, which take a long time to complete. So where in the timeline do you write about them? I was very conscious of wanting to move the reader through it, for it to be a dramatic, enjoyable read, in the same way, that being around Johnson could be enjoyable. 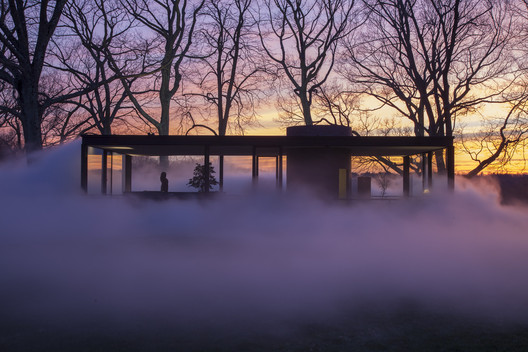