Text description provided by the architects. Tian Han is the lyricist of Chinese national anthem, the pioneer and principal founder of the development of Chinese modern drama art. On Mr. Tian's 120th birthday, the local government built a cultural park of integrating display, drama performance and local drama training in his hometown of orchard town, Changsha, in order to commemorate Mr. Tian's great artistic achievements and unyielding spirit.

The overall layout is based on the former residence of Tianhan, and the art gallery, art college, visitor service center & hotel, ancient opera stage, the square of the national anthem, Tianhan bronze statue and opera street are related to each other, and organically linked by the slightly circular path of the garden. the single building is self-contained, or responds to the field texture, or echoes with the village settlement, and maintains a certain continuous relationship with the surrounding environment, resulting in an interesting and multi - directional tour experience.

The design of Tian Han culture park is rooted in local context, integrating local natural climate and topographic environment, to explore the inheritance of humanistic tradition and social life, then find and enhance the distinctiveness of the native elements of the site, to form a unique and undivided place:

First of all, we explored the local artistic spirit of Tian Han and focus on the transformation and balance of the dualistic relations of "usual" and "ritualistic". The dailiness could turn into "ritualistic" and "ritualistic" is permeated into everyday life. The ritualistic space change and derive an architectural language with more local identity, thus to alter the complex and superficial symbolic commonness and the orthodox commemorative language of cultural architecture, and make it full of "human nature" that can be resonated and touched;

At the same time, in order to reflect the struggling and unyielding character of Tian Han, the design generally emphasizes the two spatial features of "horizontal" and "grasping", explore the characteristics of traditional building materials, express the clear logic of structure and envelope system.

The building is made of traditional materials such as black bricks, concrete, cement tiles and timber, the long, grey building lies in the wilderness. The ritual continuous arc wall with strong intensity carries the rhythm of light, suspended form and the thick arc arched roof shows a sense of simplicity and strength. The building seems placed on the long axis of time, presenting the historical traces and accumulation of memorial architecture, and jointly creates a spiritual place with local characteristics.

The prototype sought by the design is the college building in Hunan, especially the space of “Zhai” of Yuelu Academy. Its most notable feature is that “Zhai” is homogeneous, and there is a parallel linear relationship between “Zhai” and “Zhai”.The inverted arc vault is converted from the drainage uplift of the traditional building sloping roof and is combined with the curved cycloid correction. Each span of the vault rises through the two columns receding on both sides, forming a similar domino-like structural system between span and span.

The art gallery is the core building of the cultural park, the building is linearly arranged, and the long-length block is lying on the ground. It is a monumental space to show Mr. Tian Han's life and main deeds.The front continuous curved wall is separated from the roof and exists independently. The staggered transparent wall forms a narrow leading space with the external wall of the main building. Light is poured from the end of the wall to the ground to create a slightly unpredictable deep perspective relationship.

The design of opera street is a gift to the local settlements. It is based on the local residential small courtyard. Each unit maintains relative independence and constitutes the intention of the street and the lane, presenting a scene of free scatter perspective; The corners of the street deliberately present a dramatic set effect, presupposing the performance of the real-life drama in the future, and this daily creation satisfying modern educational functions.

The visitor service center & hotel is a combination of contemporary “Yin Zi” houses with an inner courtyard that is connected to the half-empty “Yin Zi” house cut by the service center through the stilted ground floor, facing the main entrance to the west. A thick semi-cylinder drainage gutter undertake the rain on three large overhead roofs to create a spatial order with a ceremonial axis alignment. 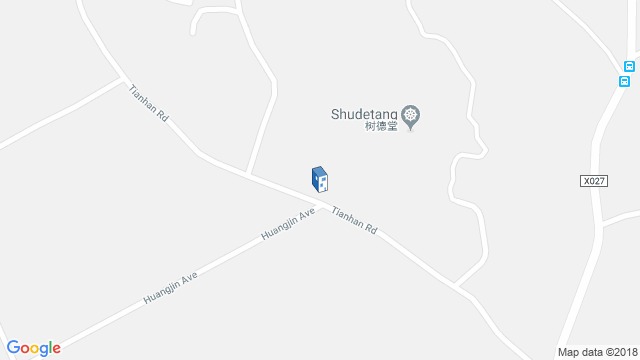