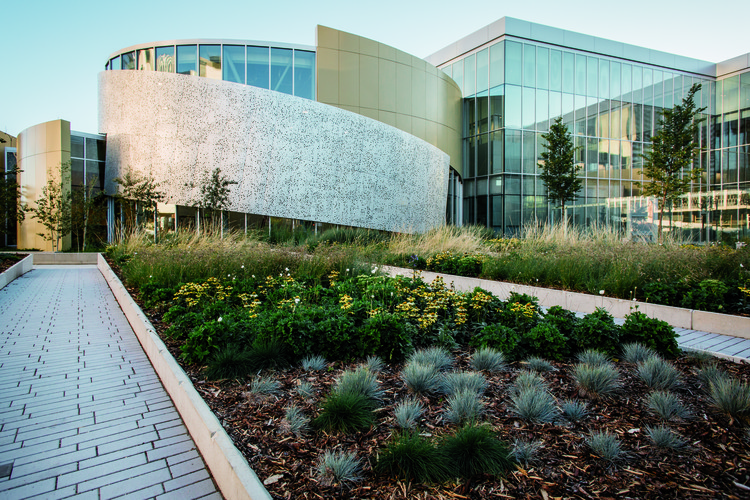 Text description provided by the architects. After outgrowing their original home in west-central Edmonton, Alberta’s provincial museum for both human and natural history embarked on a seven-year journey of re-discovery in the heart of downtown Edmonton’s Arts District. The new Royal Alberta Museum is intentionally designed to be anchored to this site—the design simply wouldn’t work anywhere else. Historically, it lies at the intersection of Canada’s two survey traditions, directly along the historic Canadian Northern Railway Line.

The design seizes the perfect opportunity for Alberta’s provincial museum to respect and amplify the site’s incredible history while responding to the surrounding neighborhood’s desire for animation, which has recently undergone considerable revitalization and expansion. The structure creates a highly flexible venue, adaptive to change and reflecting its role in the community’s future.

The design is a continuous narrative, a dialogue between inside and out, between the city, the building, and nature. There is a dynamic weaving of interior and exterior spaces, allowing nature to be brought into the building through the gardens and patio. It looks upward to the broad Alberta sky and out to the city beyond. The architecture gives primacy to the stories, the artifacts and the objects of the museum. As a memorable and identifiable focal point, the Royal Alberta Museum embodies the story of Alberta, preserving experiences of its people and places, and inspires the spirit of discovery for its visitors.

“The museum is a unique interplay of inside and outside, of placemaking and storytelling,” says Donna Claire, Lead Architect, and Principal at DIALOG. “Each time you visit, there will be something new in the experience—the light and shadow of the season, the color of the sky and the surrounding vegetation, your reflection in the finishes, and the stories told in the galleries”.

Details that pay homage to the province can be spotted throughout the interior and exterior of the structure. The site includes the intersection of two historic street grids—the British cartesian (true north/south/east/west) and the French seigneurial grid that follows river-facing lots. Fraser Courtyard and Isabella Courtyard are exact alignments of past streets lost to downtown development and both feature Alberta-specific plantings. These grids continue into the museum—the main gallery block and feature gallery continue along the two historic alignments.

Mosaic murals that were commissioned by the federal government in the 1960s were a recognizable feature on the side of the post office that previously occupied the site. The mosaics by Ernestine Tahedl were preserved, restored, and replaced within inches of their original home, creating an enjoyable promenade along the south side of the museum. The new Royal Alberta Museum is designed for a 100-year service life and is LEED® Gold certified—an impressive certification for a space with a variety of specific environments to protect objects, conduct research, preserve collections, and welcome visitors. 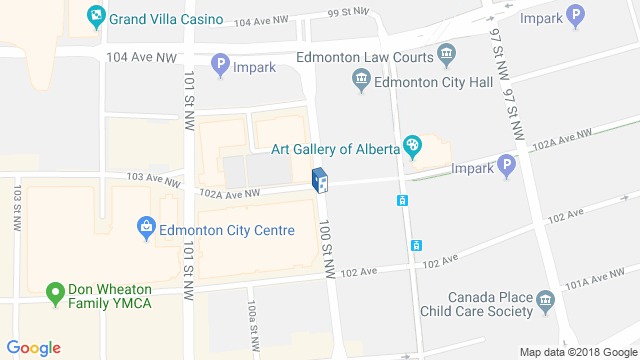 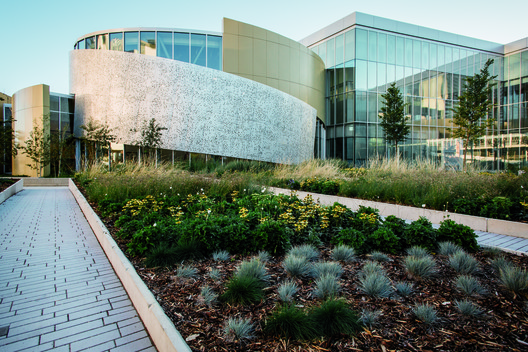