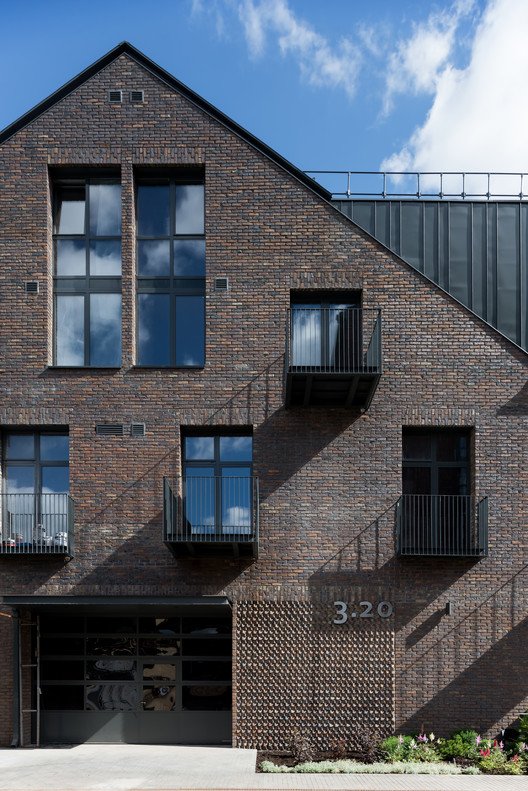 Text description provided by the architects. Rassvet LOFT*STUDIO is situated at the central district of Moscow. It occupies the territory of the former furniture factory owned by famous Mur&Mereliz trading house (now TsUM — Central Universal Department Store). During the soviet times mechanical engineering plant ‘Rassvet’ (The Dawn) was situated at this plot. It’s connected with the names of outstanding aircraft designers Sergey Korolev and Semyon Lavochkin. Nowadays all the territory is a high-density development that represents different architectural stiles reflecting the history of all 20th century.

Our project was made to open all the territory to the urban space and to integrate industrial development into urban living environment maintaining the genius loci of the historical place. Image of the project was inspired by architectural surroundings: main building of Mur&Mereliz factory, designed by famous architect Roman Klein (he is also the author of The Pushkin State Museum of Fine Arts and TsUM building); the biggest in Russia Neogothic Catholic Cathedral made of red bricks and ornamental Shchukin’s manor buildings built in Russian Revival style at the end of 19th century (nowadays the manor with the park is occupied by Timiryazev State Biological Museum).

The first aim was to convert factory building built of pre-fabricated concrete blocks at the end of 20th century into contemporary apartment building. A top-heavy concrete structure with tiny windows disharmonized with the environment and was absolutely unsuitable for living. So we decide to incorporate into massive rectangular frame some small, surroundings-scaled volumes, which were more friendly for the residential development.

Concrete panels on the facade were replaced with the brickwork. And the facade itself was visually divided to a few volumes, recalling some old medieval houses. Every volume has its own distinctive appearance: different ornaments of brickwork, different windows casing (with or without brick frames) and different balconies (protruding balconies, french balconies, recessed balconies). For another thing, west and east facades have different width, proportions and windows quantity.

Each of this facade volumes houses one apartment. We kept the internal frame of the building but added attics into six meters high stories, thus four stories have two-level apartments with two tiers of windows. There is a mansard on upper floor and a car parking at the existing basement. Ground floor apartments have separate entrances and small green terraces. Terraces were raised to rich the ground floor level and were separated from a driveway with special supporting wall, so private and public areas are clearly marked off.

Sun circle is the logotype of Rassvet LOFT*STUDIO and it was used in the design of the central entrance area. Ribby canopy with a skylight throws a shadow on the wall and this «striped plash» moves along the facade with the sun. The same theme was used at night illumination. And the same circle of light in tambour is made by pendant lighting fixture.

Our work was continued with renovation of neighboring tumble-down maintenance building next to the museum park. We transformed it into typology quite unusual for the center of Moscow. Low-rise building it comprised of townhouses with one-, two- and three-level apartments. Some of them have separate entrances and front gardens. Mansards have double-height spaces and spacious terraces. And there is also an under-roof parking at the ground level.

This building had quite complicated composition with courtyards that is why we add high pitched roof with frontons and active lucarnes. We used hand-formed clinker bricks at the facades to reecho redbrick architecture of the museum’s historical building. After all this transformations our building resembles spacious town mansion.
We played with the images, used new materials and added some tactility to show distinctive, creatively different character of the former industrial area and to transform technical back alleys into comfortable and warm urban yards and streets. 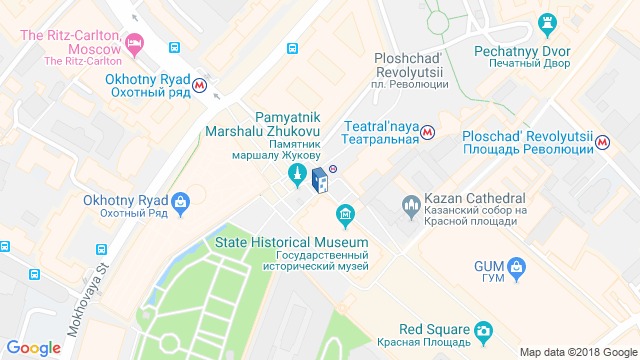