Text description provided by the architects. While appointing our firm to design a new kindergarten building with a nursery for 180 children, the authorities of Ladek Zdroj Council placed a special emphasis on the ecological aspect of the design so that the building is economical to run and at the same time friendly for the environment.

Due to the presence of hot springs in the city, we designed Poland’s first passive, zero-emissions kindergarten building using geothermal energy to provide heat in the winter and cool the building down in the summer.  One of the basic criteria we adopted at the beginning of the planning phase was designing the building on a single-storey plan so that all of the classrooms have direct access to the garden with a playground. Because of the longitudinal shape of the plot and certain planning conditions, we decided that the building will comprise of two separate blocks, elongated ‘barns’ with steep roofs, sligthly shifted in relation to each other. The southern block, with its scenic view of the surrounding mountains and garden access houses the classrooms while the north-facing block houses the remaining rooms: a main hall with cloakrooms, multi-functional room, kitchen and administration. As a result, all of the classrooms have constant exposure to sunlight and direct access to the garden. The two roofed terraces, forming recesses in the body of the building, complement the classrooms as children can spend time outdoors irrespective of the weather.

The main entrance, located in the north-facing side of the building, leads into a spacious hall that houses the cloakroom, next to which we located a multi-functional room that serves as a canteen and a play area. Since the multi-functional room is supposed to serve the wider community (e.g. rehabilitation of people with disabilities, dance classes, etc.), it has a separate entrance from the vestibule that is open outside of the kindergarten working hours. Both rooms are separated with a mobile wall the removal of which enables the organisation of bigger events, both for the building’s regular users and external guests. In order for the north-facing hall with cloakrooms not to feel intimidating due to lack of natural light, we decided to place irregular skylights on the south-facing roof surface. Alongside irregularly placed ceiling lighting, the skylights are supposed to invoke starry sky as well as contribute to lighting a rather large cubature – during the day letting in sunlight and after dusk using artificial light from lighting fixtures on the roof and hanging lightbulbs with colourful cords.

The building interiors are designed in such a way as not to impose ready-made solutions but become a neutral environment that will, in time, be adapted by the building's users – it will fill up with toys, drawings, children’s arts and crafts.

After the presentation of the building at the European Council headquarters by Mr Roman Kaczmarczyk, the Mayor of Ladek Zdroj, its members have chosen the building as one of five model kindergarten designs for the whole of the European Union. 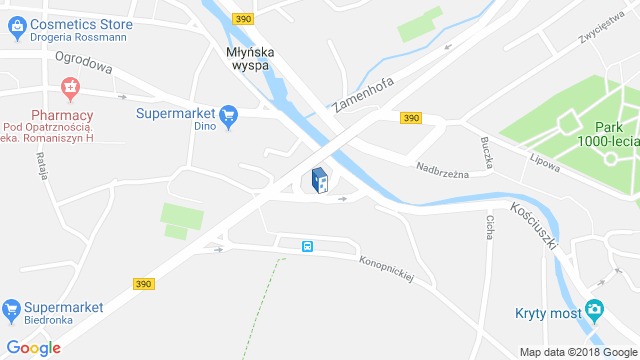