Text description provided by the architects. Established in 1861 during the Dutch colonial era in Surakarta, Central Java, Indonesia (formerly Dutch East Hindi), De Tjolomadoe (The Colomadu) is the first sugar factory in Indonesia. Located near/inside the palace regency, De Tjolomadoe is surrounded by sugar cane fields. After several government policy and land sale, the sugar cane fields slowly gone and disappeared, and in 1997, the production is stopped due to bankruptcy of the operator. For several years, the location is used as a gathering place for local artists, craftsman, poet and activists to commune and making festivals, exhibitions or performances.

In 2016, as the Ministry of State Owned Enterprises is restructuring and auditing their assets, The Colomadu is one of the assets that is going to be revived. As the sugar cane fields are not surrounding the area anymore, reactivating the sugar factory is not possible. Therefore, reprogramming the complex to be something else is needed to make The Colomadu fully-operate again.

A state owned company appointed as care taker of the abandoned factory as they were trying to formulate a program to revitalize state's asset  and appointed Airmas Asri to do conceptual design of the building that needed rescue as time and weather beginning the historical building to a severe state of dilapidation.

The place has already getting public criticism and reaction due to its neglect of cultural and historical value by being one of the first private owned sugar factory and sugar production plant since the colonial era. There has been frequent artistic events as language of critics  from non-governments -organizations and local artists so it was becoming clear that arts and culture-events in the abandoned factory is drawing public attention and interests.

Revitalization is the key of design strategy. Hence, to get the place vital again, preservation and additions on non intrusive part to existing building are introduced to make the factory embraces its new function. By context, Surakarta and Karanganyar cannot be separated of its home industry of hand-drawn and traditional print batik, megaliths and stone temples , grass rooted Javanese culture and people, so as a state owned  company, this demand is prioritized as concept embedded to enliven the abandoned site to fits its future.

A center of cultural and arts is planned to fits the abandoned factory, firstly the building had to pass several requirements as a historical building and a public building. The procedures of planning, identification, historical documents research and structural evaluations as preliminary per-construction and preservation are done in 6 months followed by construction of a 3500m2 Concert Hall and the main attraction of the building.

Indeed many of the artifacts from the steam era technology has not survive due to severe metal corrosion of the machine and structure , looting, and hazardous to public display. These items were removed and scuttled and scrap metals. Artifact and has identity of historical trace by serial number, photograph, articles found from a dutch newspaper is preserve to fit display for public.

Architectural record of the main brick facade found in 1921 from an architect firm in Semarang , and it experience several changes and emplacement during the factory's Sugar production live time. Some Parts of the building has to be demolished due to its structural failure, many of the brick sections has been severely exposed to weather and crumble under its own weight, this sections sometime were not the original design and its found in many part of the building and a new design as infillment is done to suit the best proportions and architectural language as a public building.

Many parts and the building survive and only need a retrofits of a new components such as windows, doors, awnings, roofs , gutters and parts that supposed to held machinery are refurbished as food hall, restaurants, exhibition hall, and concert hall. The front sections of the building that roof a giant steam powered press-roller is transformed to a main lobby of the three main functions as it draws more public attention and interest.

Many open air rooms are enclosed with a glass-wall to expose the interior giant machinery as a night time exhibition display, some are enclosed machinery or Moller Tanks and kept  exposed to the concert hall interior as it was one of the original parts of the factory section.

The main steam kettle was kept as a display as its structure is embedded to the main chimney and too dangerous to remove. The room is transformed as a restaurant with the kettle's cover, only 2 out of 9 kettles survived.De Tjolomadoe 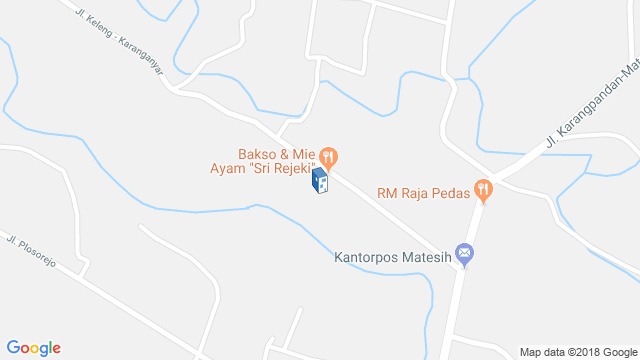 Location to be used only as a reference. It could indicate city/country but not exact address.
Share
Or
Copy
About this office
Airmas Asri
Office
•••