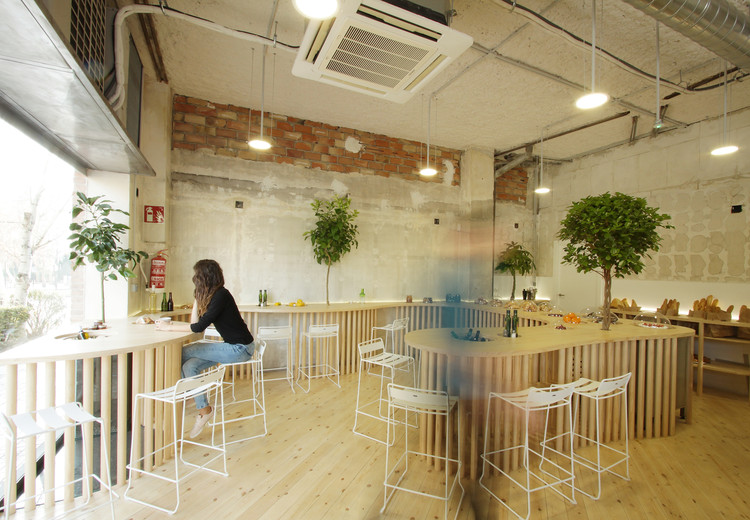 Text description provided by the architects. Intervention is a reactive architecture faced to the hostility of urban conditions in the site and to the scheduled mechanism proper of a lifestyle inherited from the 20th Century modernity. An impersonal crossway with high traffic volume is balanced through a biophilic interior for a collective meeting. Being today demands the pass towards metamodernism. The presence of a human being that is recognized in living together and the respective meeting with others, just as sunflowers which in absence of the sun recognize and look one to each other.

Healing capacity of nature and socializing character of this type of establishments in the south of Spain result in a new way of ‘ecolective’ habitat where people recognize one to each other through collectivity and biodiversity. Proposal explores spatial recycling and the beauty of spontaneous nudity arising from the deconstructive process. Inadequate and/or discordant elements contrast to the incorporation of other new ones of natural origin and with a sustainable life cycle.

It explores the spatial ambiguity diluting typical limits of private space and configuring transversalities between artisan gastronomy, urban culture, biodiversity, and psycho-social construction. Intervention puts highlight urban problems creating a new awareness of respect through observation. The interior-exterior becomes transparent and bidirectional through large insulating glass panels. From outside hostility, the facade shows the contrast of a sectioned interior landscape which reveals natural cycles functioning and serenity of a naturalized forest-refuge.

From inside, architecture creates a contemplative relationship of the exterior landscape in moving and disturbing, which trough silence and freshness reveals by opposition to the rough urban reality of traffic, noise, and pollution. A regenerative ecological cycle is proposed. It starts from a tree species nursery which later could be transplanted in adjacent streets being replaced by new ones. The proposal becomes an active and regenerative device of the close urban context and a perfectly exportable model to other locations of residual areas in the city.

Spatial limits between worker-clients are blurred and communication between groups is promoted through the appropriate layout, geometry, and height of organic and continuous countertops. From a more dynamic proximity, free of rules and protocols, tables and chairs and high bars systems are both overcame. The first encloses social circles and seals communication between groups and the second creates psycho-physical barriers between workers and clients. 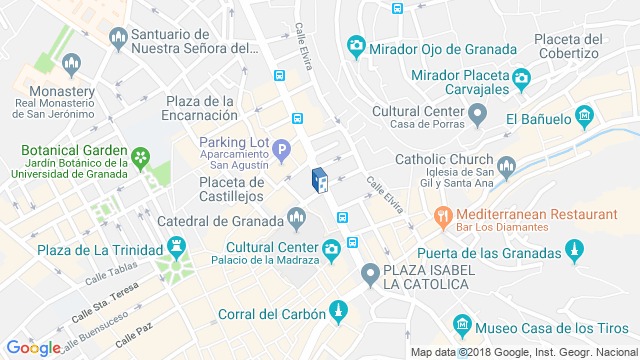