Text description provided by the architects. The Tianjin Binhai Cultural Center has been completed with a new museum building designed by Architects von Gerkan, Marg and Partners (gmp). The Museum of Modern Art is part of the art and cultural complex in the port city of Tianjin, which has been built to a masterplan by gmp. The new building will be used to show exhibitions of work by contemporary artists. With its open layout and mobile wall elements, the museum provides a flexible stage for the art.

With the Tianjin Binhai Cultural Center, Binhai—the new quarter of the eastern Chinese metropolis Tianjin—has received a new cultural center. The special task of this project was gmp’s masterplan for this cultural quarter with its museums, theater, and events buildings, which were designed by various international archi- tects’ practices. The five cultural institutions are connected by a “cultural concourse” that is covered by a series of inverted umbrella-like structures.

The building occupies the north-western corner of the Tianjin Binhai Cultural Center opposite the Science & Technology Museum. The 26,500 square meters of gross floor area of the Museum of Modern Art is arranged over five floors. A cladding of light-colored natural stone panels has been used on the facade of this cube- shaped building. The number of slot-like story-high windows on each floor increases towards the top. Towards the road and the covered “cultural concourse”, the stone envelope is opened up with a stepped glass facade that recedes story by story and, as well as marking the main entrances, provides views to the inside allowing visitors glimpses of the art.

The concept of the design is based on a classical museum building; two symmetrical exhibition wings flank a central area which houses functions such as the formal reception area, an auction room, and a multifunc- tional hall. From the road entrance in the western facade, a wide staircase leads to the central foyer with reception area on the second floor, which is at the same level as the cultural concourse of the Tianjin Binhai Cultural Center. From the cultural concourse entrance, visitors reach the reception area directly via an atrium.

In future, the museum will show the work of contemporary artists on three of its floors. In the loft-like exhi- bition areas, the mobile wall elements can be used to subdivide the space and create rooms of varying sizes to suit the content of each particular exhibition. This flexible layout and a clear room height of seven meters make it possible to exhibit even large installations. Lighting frames are suspended from the ceiling, which pro- vides flexible lighting for the exhibition areas. In addition, there are spotlights that can be variably positioned in order to highlight specific freestanding exhibits.

The fifth floor of the building accommodates the administrative functions. Offices, conference rooms, and staff areas have been arranged around two roof gardens that provide daylight to the adjacent spaces and can be used by staff at break times. 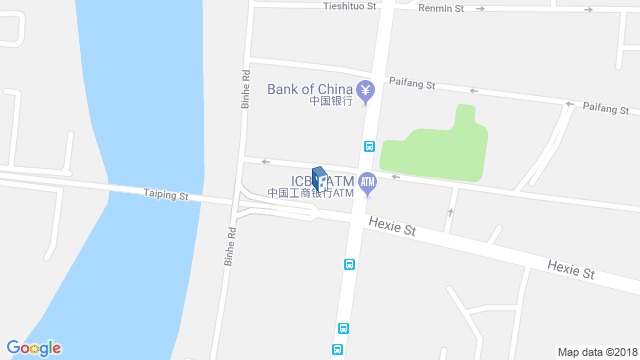