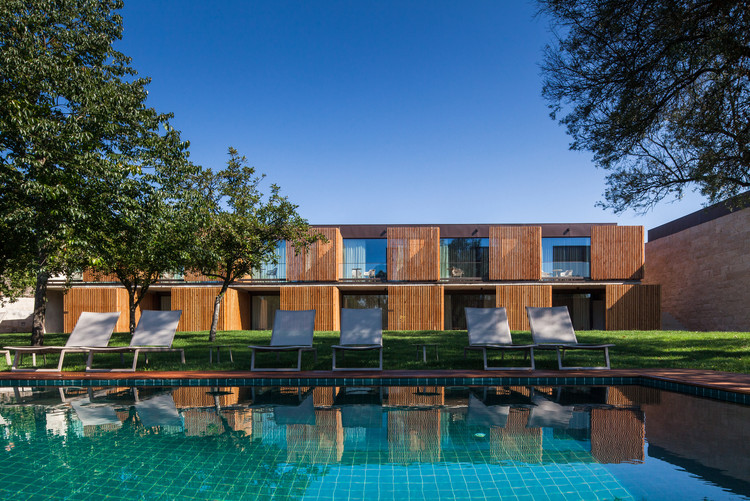 Text description provided by the architects. The “Quinta de Gomariz” is an estate in Northern Portugal with documented references dating back to late 13th century. It includes several heritage listed buildings, the most important being the Tower of Gomariz, which is a gothic defensive structure built in the late 15th century. The manor was built at the beginning of the 18th century, adjacent to the tower on the west side. From the 18th century building campaign are also the chapel, the main gate and the walls that enclose the estate.

The primary aim of the intervention was to ensure the preservation of these buildings and the economic sustainability of the estate. Its use for tourism was the chosen strategy, and the decision was taken to build a hotel related with the main use of the estate being the wine production, taking into account the unique characteristics of the heritage buildings and the natural conditions.

The architects’ work gave priority to the structural consolidation and rehabilitation of the heritage buildings, preventing further deterioration or total ruin.

The social areas of the hotel occupied the historical buildings. The location of the new buildings followed the “rules” already existing on the site. The tower maintained its role as the starting point of the entire setting. The two existing axis, the first defined by the buildings – East-West – and the other by the paths – North-South – dictated the rules for their intervention. The East-West axis was extended towards the East, till the exterior wall of the estate to create a new entrance, due to the impossibility of widening the existing gate. After the definition of this axis, the new volumes were located facing south, taking advantage of the slope, integrating the new buildings on the terrain and minimizing the impact on the historical buildings.

Conference and Events rooms and service areas were also built below the ground floor of the “Solar de Gomariz”, to circumvent integration issues. The old structures of the barn and threshing floor, examples of regional vernacular architecture were preserved and integrated into the spa and bar area.

The rooms were distributed among the three newly constructed buildings thus attenuating the impact of the built mass.

Materials chosen for this project included local granite, wood, steel and glass which were intended to reinforce the image of unity as a whole and integration on the site. 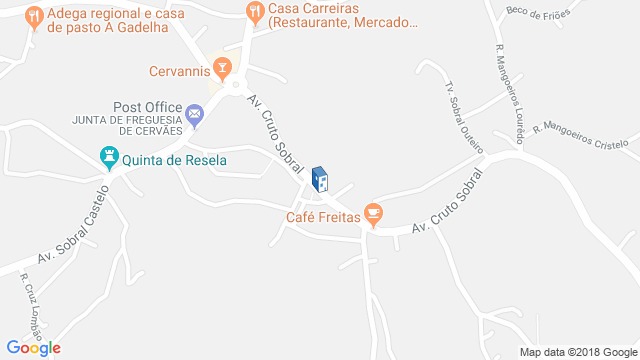