Save
The World’s Largest Performing Arts Center Opens in Taiwan, Designed by Mecanoo
Share
Or
Copy

Opened on October 13th 2018, the scheme is set across a subtropical park in the southern Taiwanese city of Kaohsiung, occupying a former military training base to symbolize the city’s transition from a major international harbor into a rich, diverse, cultural hub, connecting local and international artistic talent. 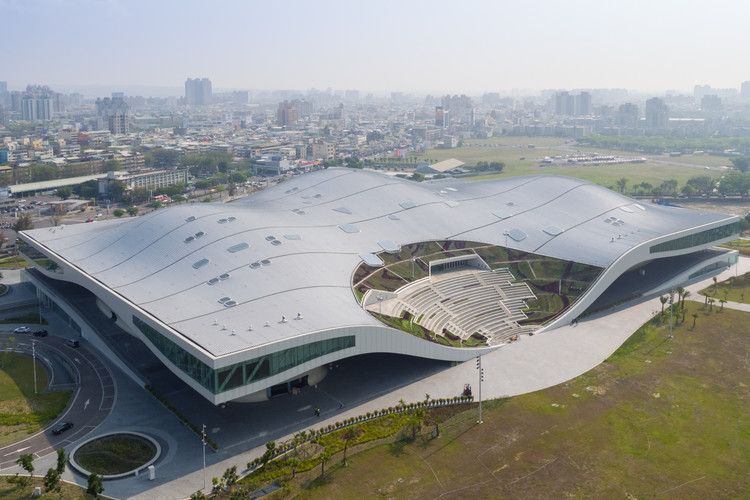 In total, the scheme took 15 years and $346 million to build. At the opening ceremony, Taiwan’s president Tsai Ing-wen praised the center as a statement of the government’s intent to bring once restricted military sites back into the public realm.

Weiwuying is one of Mecanoo’s most ambitious buildings and embodies all the key elements of our philosophy. Inspired by the beauty of the local Banyan trees with their iconic canopies of leaves, the vast, undulating structure is composed of a unique skin and roof under which generous free spaces can flow. We have aimed to deliver a flagship cultural destination for Taiwan, a beacon to attract performers and audiences from around the world.
-Francine Houben, Founding Architect, Mecanoo

Learn more about the scheme from our project article here.