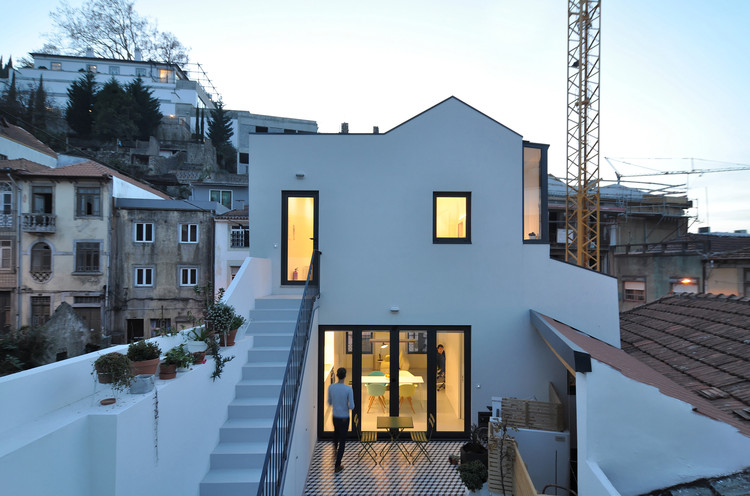 Text description provided by the architects. Briefing:
To refurbish a rundown 19th century three storey building dividing it into three independent small modern apartments, one for accommodation of the owners and two for short-period rentals, while preserving the picturesque aura of the ensemble implanted in the city’s historical centre.

Intervention:
After a careful survey and analysis of the existing building by a specialized engineering team it was concluded that the construction was not structurally sound so a whole new resistant structure had to be erected, just preserving three of the outer walls: the main façade and the two party walls.

From this starting point the main concepts were to de-compartmentalize the spaces and use built-in furniture to maximize free space as much as possible.

On the ground floor flat, the most compact of the three, there are just two compartments: a bathroom and an open space containing kitchenette, living/dining and bedroom facing the street.

On the first floor, a one-bedroom apartment for the owners, the spaces were distributed around a built-in dividing volume containing office space and cupboards, while allowing for circulation between all the three compartments: the bedroom in a more quite and secluded area, the bathroom facing the street and a space for cooking-working-living-dining which can be completely open to the outside in order to take advantage of the new bigger garden in the back.

On the upper floor, accessible via an exterior staircase, the intention was to explore the apartment’s unique views over Porto’s World Heritage Site by implanting two symmetrical terraces on the roof while reinforcing the pre-existing axis of the gabled roof central space that accommodates the living-dining-sleeping functions and leaving the more “technical” areas to the sides, the kitchen and the bathroom.

Following the clients’ intentions of simplicity, the material pallete is very restrained with white (walls, ceilings and built in furniture) and different tones of grey (granite on the main façade, self-leveling floors, kitchen and bathroom counters) being the most present tones in the overall atmosphere punctuated by coloured furniture and traditional elements (hand made tiles on the main façade, patterned ceramic tiles on the terraces and kitchens). 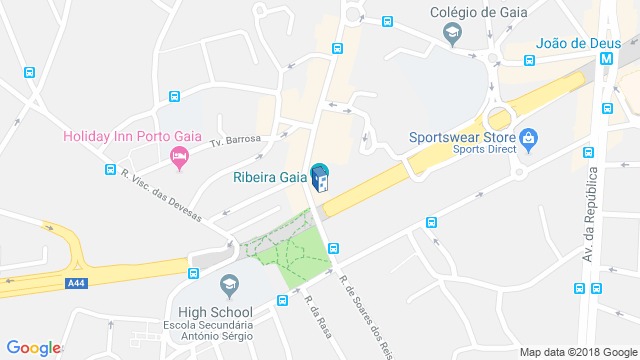