The Basilica di Siponto by Edoardo Tresoldi has been awarded the “Gold Medal for Italian Architecture – Special Prize to Commission,” considered the most prestigious award in Italian architecture.

The wire mesh sculpture reinterprets the volumes of an Early Christian basilica which formerly sat on the site of the sculpture, adjacent to an existing Romanesque church. The scheme serves as a “bridge towards the memory of the place” allowing the public to contemplate time and history. 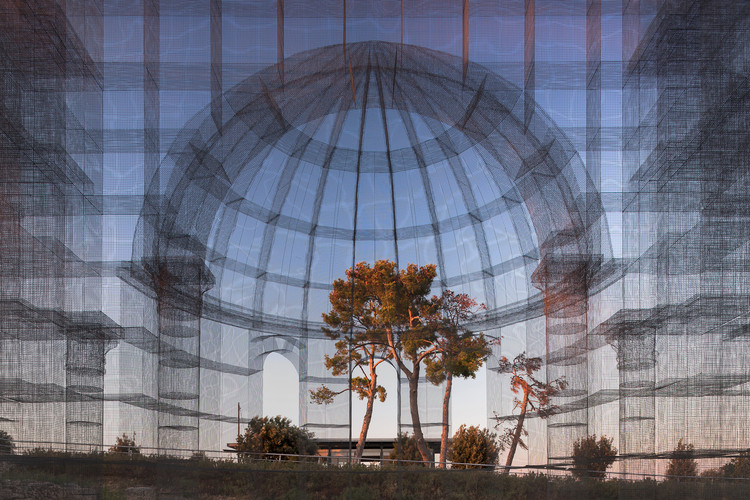 The Basilica was inaugurated in March 2016, and has since captivated worldwide attention, provoking discussions on new scenarios for the preservation and enhancement of archaeological heritage.

The award follows another accolade bestowed on the Basilica, which was awarded the Riccardo Francovich Archaeological Prize in 2016 for acknowledging “the site’s capacity to combine academic rigor with an effective communication to the non-specialized audience.”

The Medal for Italian Architecture was established by the Triennale di Milano in collaboration with the Italian Ministry of Culture, and offers an “active reflection on the role of architects and their work, with the aim of introducing the public in Italy and aboard to a new heritage of buildings and ideas.”

An exhibition associated with the award will be open at the Palazzo della Triennale in Milan until November 11th 2018, curated by Lorenza Baroncelli.

The scheme is only one of Tresoldi’s investigations in wire mesh structures, with his “Etherea” structure, representing his biggest artwork to date, unveiled in March 2016 for the Coachella Valley Music and Arts Festival in Indio, California. 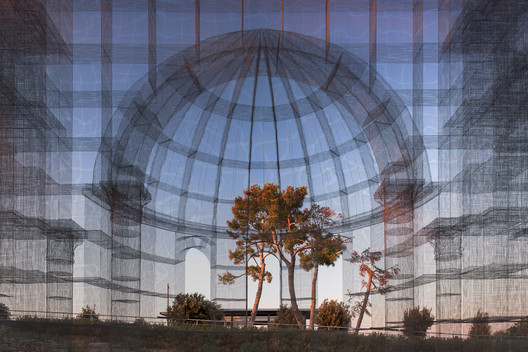