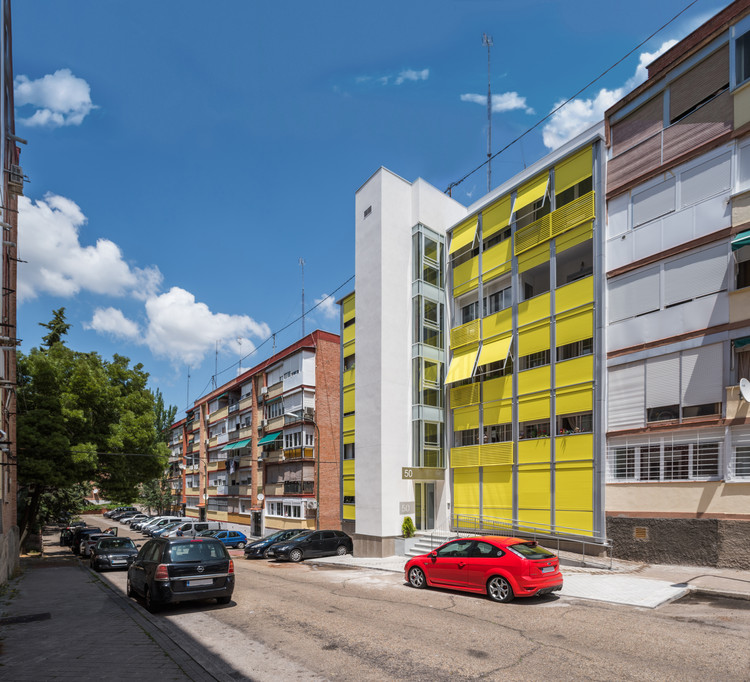 Text description provided by the architects. This project was the winner of the 1st Prize in the Ideas Competition to rehabilitate a 10-dwelling building in the neighbourhood of Manoteras, whose target was to serve as a "pilot project" for future actions in the area.

The building belongs to the "poblado dirigido" of Manoteras, a neighborhood in Madrid built in the 1960s, with simple techniques and which currently presents a significant degradation. Over the years the owners have closed terraces, modified the dimensions of the windows and added elements to the façades, adapting the houses to their needs while blurring the unity of the whole and aging the image of the building.

The main principle of our project is the respect of the existing and the unity of the whole, being aware also of the damage on lighting and views that an excessive procedure might cause to the inhabitants of the houses and the rest of the neighbours living in the surrounding buildings.

We have carried out an intervention that not only solves the existing pathologies and means an important reduction of the energy demand, but also gives the whole a contemporary, unique and kind image, in which the new volume of the elevator is completely integrated with the rest of the building: it does not attack or shadows aesthetically what exists, adapting itself to it without generating divisions between "the old and the new".

By superimposing solar control systems on the façades, we simplify its layout. We thus approach the simplicity of its original composition, with large windows in the living room and terraces in depth, but respecting the individuality and diversity of the holes in the facades left by the passing of time and the transformations due to use. 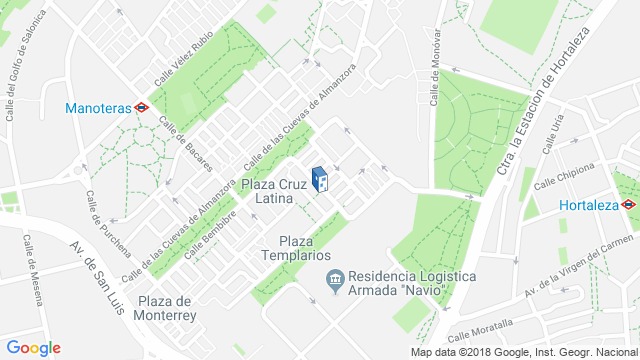 Location to be used only as a reference. It could indicate city/country but not exact address.
Share
Or
Copy
About this office
Estudio Bher Arquitectos
Office
•••