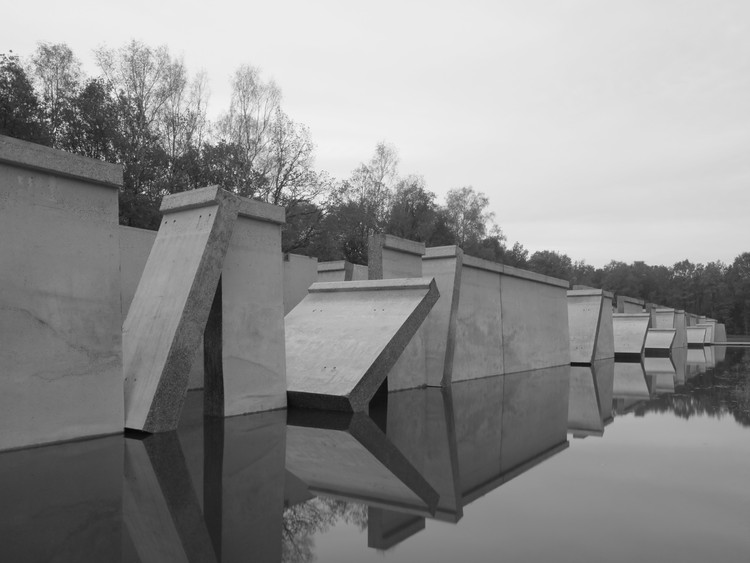 The flood defense measures themselves—a network of dams, sluices, locks, dykes, levees and storm surge barriers in South Holland—have collectively been described as one of the Seven Wonders of the Modern World.

One structure in Waterloopbos, a collection of test models each no longer serving their original function, is the Delta Flume – a structure used to artificially form enormous "full-scale" waves to test the strength of the Delta Works projects.

The project has been created by the excavation of the sand plateau around the Delta flume, creating a 22-foot-high, 850-foot-long (7-meter-high, 250-meter-long) “delta work” surrounded by water. Imposing concrete slabs turned 90 degrees around their axis, and cut from 80-centimeter-thick walls, create spaces of intense light, shadows, reflection, and views through the complex.

As time passes, it is envisioned that the slabs will be “colonized by a nature,” while the atmosphere changes depending on time of day, season, or year.