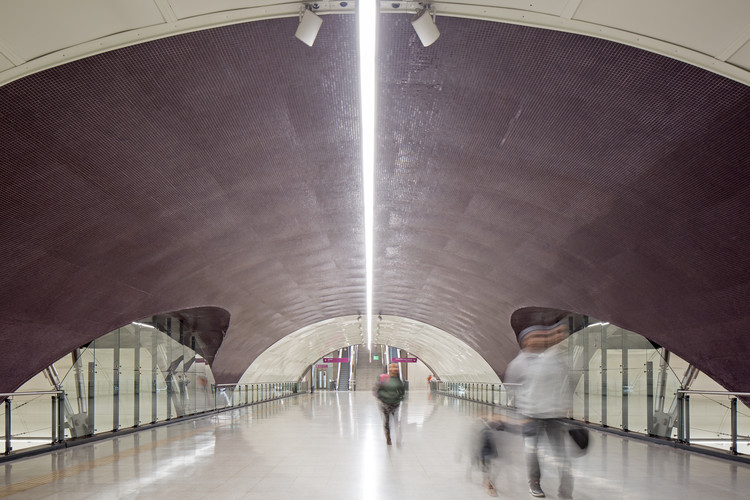 Text description provided by the architects. Conceptual design of the 10 stations of the new Line 6 of the Santiago Metro, 4 of which are interchange stations, and posterior development of detailed engineering.

The new 15.3 km long Line 6 offers a new transport solution to neighbourhoods that were not previously connected to the Metro network, constituting a fast and effective alternative to cars. The line has generated a connection network with green areas, bringing the community and the users closer to the existing urban parks or the new access squares built in the surrounding areas of the stations.

The project defined a new image for Line 6. It developed a united design for all the stations whilst their exterior counterparts are in line with the urban contexts they are set in, with the potential of becoming ideal locations for the concentration of services and spaces for social and cultural exchange (MetroArt, Bibliometro, etc.).

The fact that the stations have been developed on either expropriated areas or pre-existing plazas or parks, made it possible for us to open them up to the city. This gave way to interesting visual relationships between the inside and out. It allowed us to bring natural light and ventilation in to the station and also to offer very clear identification of its functioning while users access the station.

On the outside, the new image was defined by the transformation of the traditional aedicule idea into a pavilion that, contrary to the classical conception, has no back and blends in to the park or square.

On the inside, the stations are configured as clear and categorical spaces. They incorporate a reduced array of materials and colours and elements related to structure, building services and operation are all integrated into the architecture so that the understanding of its functioning and the orientation is easy and intuitive for its users.

The projects for the tunnels and the galleries served as a starting point for the work carried out. IDOM used them to shape the conceptual designs of the stations. Afterwards, the architectural, structural and building services projects were developed for all the stations and all the surface work that stemmed from the former: access squares, aedicula, commercial usage, etc. The intervention projects involving the existing stations with which the new line would connect were defined, with solutions that had to allow for the Metro and over ground services to continue to run.

During the project, several opportunities were identified which involved urban and surface transport network development, the addition of several customer services and the inclusion of MetroArt and other cultural activities.

IDOM also developed an iconography and signage project, granting an identity to both the entire line as a whole and each one of its stations. This was achieved through the use of colour and icons that include the relevant elements of the neighbourhood they are in.

The project was developed using BIM, which allowed for the geometry of the tunnels and galleries and their claddings to be controlled; the interferences between architecture, structure and building services to be managed and the construction process to be recreated in order to check prefabricated or in-situ solutions.

During construction, IDOM carried out the construction stage technical coordination from the tendering stages of each lot until they were put into service. 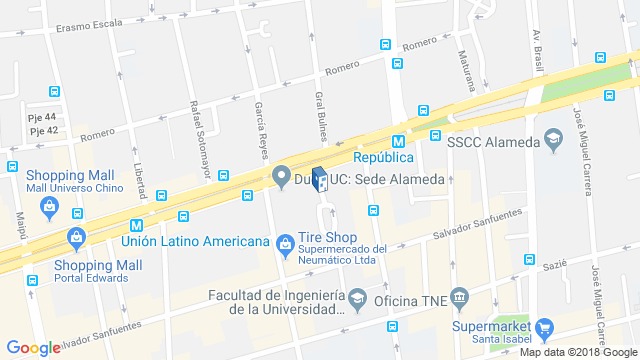 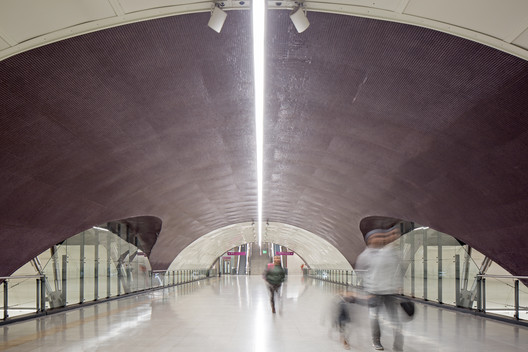