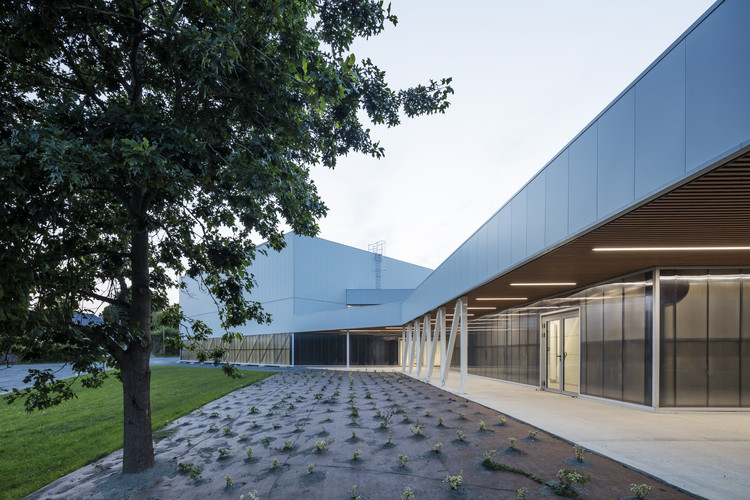 Text description provided by the architects. The project of building a sports facility in the municipality of Plouha posed the following challenge: how to install this multifunctional complex in the site’s unique topography, all the while maintaining its connection to the existing gym, its accessibility, and its public convenience?

The pre-determined position for the building’s installation followed a north-west/south-east layout, which inspired the creation of two distinct and clear accesses: the public entrance from the forecourt located on the north, and the athletes’ entrance located on the south.

The other unique aspect of this project is that it was buried nearly three meters (2.85 m) in the section that runs along the street on the plot’s north side. This distinctive characteristic greatly reduces the project’s visual impact and presents it on a more domestic scale. Ultimately, the project must not dominate the street but rather, reveal it, underscore it, and thus enhance the entrance to the city.

Furthermore, the facility needed to symbolize the sector’s athletic dynamism. It, therefore, opens widely toward the city center, unveiling a breathtaking view from the public space. A canopy protects the entry forecourt and provides a shelter for bicycle parking. 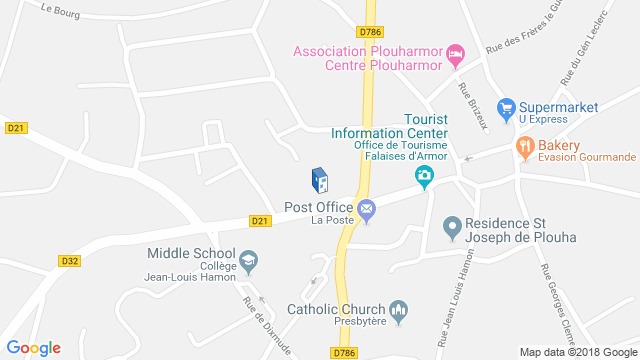 Location to be used only as a reference. It could indicate city/country but not exact address.
Share
Or
Copy
About this office
Studio 02
Office
•••