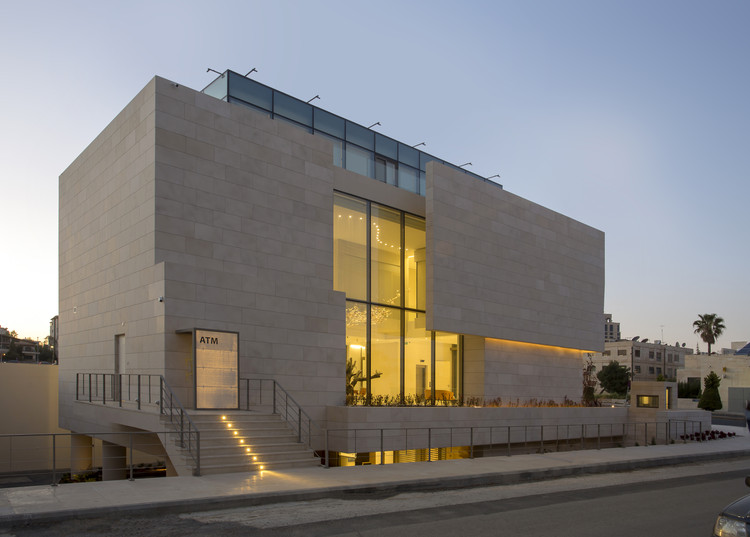 Text description provided by the architects. Capital Select is located in a residential area in one of the most exclusive neighborhoods of Jordan’s capital Amman in Abdoun. Creating a "boutique bank" experience triggered the design concept of this branch introducing a sense of belonging and a welcoming design influenced by nature.

To create a “boutique” experience, the traditional bank experience had to be replaced with an approach that is private, luxurious and catered to the customer’s needs. The teller counters and waiting areas with traditional queuing approach, were replaced with individual office "boxes", lobby and reception areas which were designed to accommodate for all the customer's needs. Nature theme was incorporated in the design by first placing separate masses for the offices within the main mass of the building around a double volume void that contained an inner court which was influenced by Japanese Zen gardens. It was emphasized by a crystal chandelier flowing above a sculptural olive tree that acts as a focal point for the entire space, in addition to the artwork layer. The office masses were then individually shifted from each other in order for the void to become more fluid and thusly create unique interior views and spaces as the user walks through the circulation corridor.

The previously mentioned shifting masses of the offices translated into shifted planes and masses of the exterior main front and side façades. The remaining side & back facades had minimal treatment with minimal openings and were cladded with Taffouh Stone, this was to respect the adjacent neighbors’ privacy as well as the branch users’ privacy maintaining the alignment with the local vernacular stone architecture. However, the main side elevation’s transparent glass curtain wall opens to the inner court, further enhancing the continuation of space from the exterior to the interior and vice versa.

As for the main elevation Paradigm DH Team has decided to use LUCEM translucent concrete panels, as self-Supporting panels, one of a kind walls on the external façade, these concrete panels are made with fiber optics where light can pass through. This material was used for the first time using this technique in Capital Select, free of any boundaries and as opaque as it could be. In addition to the use of translucent concrete panels, PDH decided to use Plain concrete panels without fiber-optics to cover non-translucent parts of the façade using the same cement / sand mixture while maintaining similar surface finish matching the color of the stone used on the facades to maintain its harmony with the residential surroundings.

The result was achieved by cladding a 14-meter-high stairwell with translucent concrete panels that are mechanically fixed, keeping the supporting structure exposed from the inside with the lights that illuminate the translucent concrete, PDH opted for vertical lights that span the full height of the stairwell while having this 30mm thick LUCEM panels mounted on steel/wood columns and incorporated into the design of the handrail. The reception counters and ATM areas were also made with a backlit translucent concrete Panels.

The idea of nature that flows through the staircase in the form of light and shadow plays was the main idea of the design. With the use of translucent concrete, the architects and lighting engineers are setting a striking example of how external walls can solve the contradiction between massiveness and lightness through translucency. 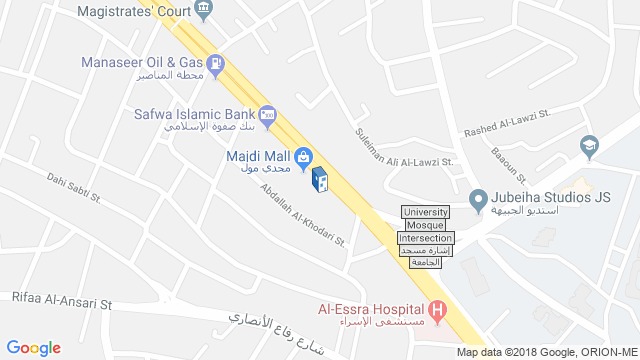 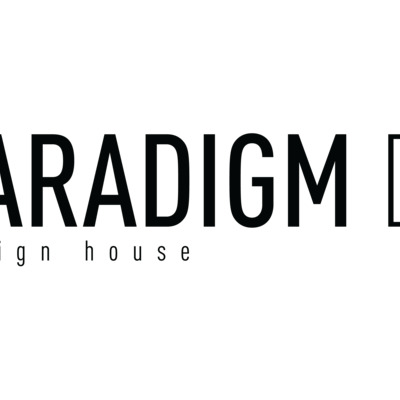