After a series of failed attempts, the Monaco building in Medellín will finally be demolished at the beginning of 2019, according to the Colombian newspaper El Tiempo.

The Monaco building, which was converted into a municipal asset this year, was the residence of the late drug trafficker Pablo Escobar in the El Poblado neighborhood of Medellín. In January of 1988, a car bomb with 80 kilograms of dynamite exploded in front of the building giving rise to a series of attacks between the drug cartels in Medellín.

Last August, during a meeting with prosecutors against organized crime, Federico Gutiérrez, mayor of Medellín, announced that the building would be demolished in January 2019. According to El Tiempo, 460 proposals were collected by the Urban Development Company (EDU) during a series of workshops that included neighborhood residents and direct/indirect victims of the 1980s and 90s drug war.

The demolition will give way to a new urban project. Regarding the future of the property, El Tiempo reports that the mayor's office seeks to open up a design contest with EDU and the Colombian Society of Architects (SCA). The contest will call for "a park, memorial, or platform for the victims." Meanwhile, in the same meeting where Gutiérrez announced the building's demolition date, he also declared that the program would be "a park in honor of the victims of narcoterrorism, the prosecutors murdered at this time, the murdered judges, police, military, and civilians."

The results of the contest will be "announced between January and February of next year, also the date of the scheduled demolition," according to the same newspaper. 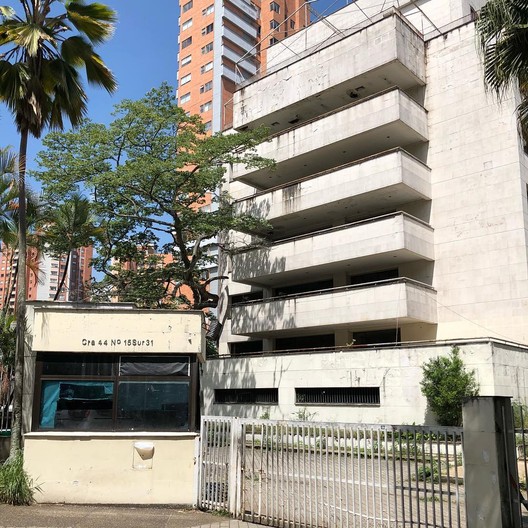