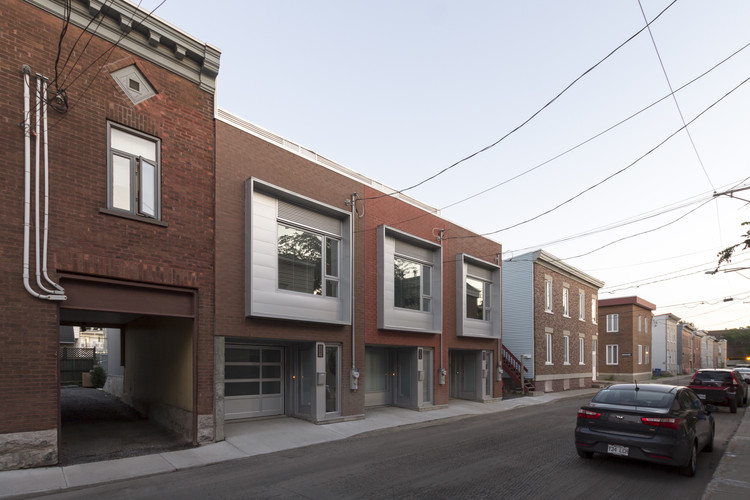 Text description provided by the architects. Triade takes place in the central Saint-Sauveur neighborhood of Quebec City, in which many buildings in poor conditions are slowly being replaced by new projects that contribute to the urban densification. The configuration of the townhouses is a hybrid between the plex (a urban housing typology born in Montreal during the 70’s that consists in the superposition of two to four one-story flat) and the family house; occupants enjoy the urban location’s energy while keeping privacy and independence from neighbors.

The alcoves at the front entrances create thresholds that privatize units, while above, the frames dynamize the whole facade. Split-levels are the key for the extremely compact three-story units to be felt by occupants as if they were much bigger. The spaces are distributed on either side of the staircase, which is the heart of the house, lit by the open riser of the higher flight. Every bedroom has its own floor and the living space is located completely upstairs, connected to the roof terrace and its wonderful view on downtown Quebec City.

The terrace makes the highest floor almost invisible from the street and improves the urban integration of the project. Units are differentiated by the slight change in the color of their bricks, all associated with the main palette of the neighborhood. 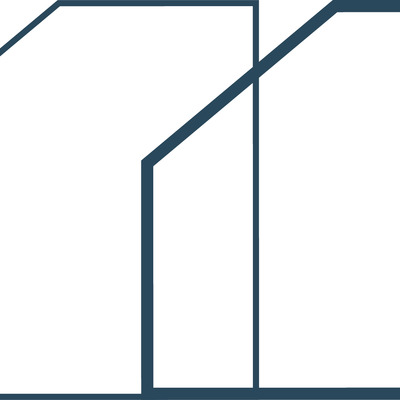