Office Ou, a Toronto-based landscape design firm, in collaboration with INOSTUDIO Architects, has designed a new public school for the historic Smíchov district of Prague. The initial competition, organized by the Centre for Central European Architecture, chose the Office Ou & INOSTUDIO design out of 66 anonymous submissions. This school would be the first new public school built in Prague's urban center in close to 100 years. 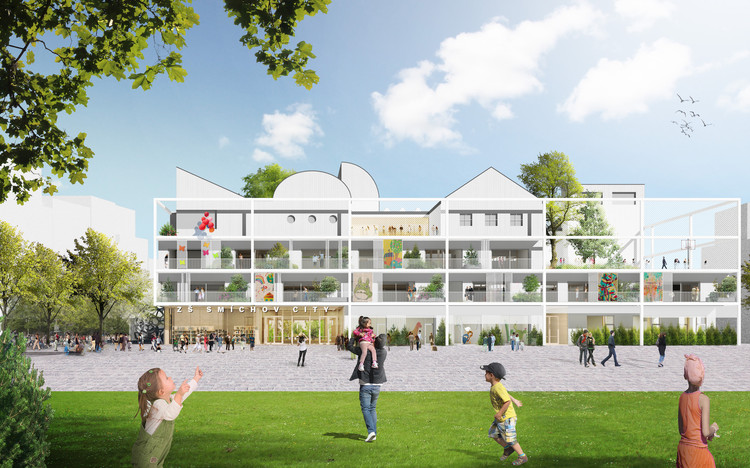 The school building will accommodate about 540 students and be a focal point in the city’s efforts to transform a former railway yard into a mixed-use community space. This area of new development emphasizes the importance of green space and pedestrian circulation. The school’s architecture, a grid of balconies and outdoor garden areas, effortlessly combines the internal classroom experience with Prague’s growing urban fabric.

Office Ou has emphasized flexibility as a foundational feature of the design, a concept many contemporary architects have embraced when designing for children, specifically. The architect’s described their intentions: ‘Rather than imposing a predetermined and finalized appearance on the building, the appearance of the school will transform through the decisions made by the students and teachers.’ The building is transformed, with time, into a canvas, giving the children the ability to design and customize crucial elements of their own learning environment.

The 107,640 square foot (10,000 square meter) building is located on the edge of the neighborhood’s main boulevard, a location that emphasizes the school’s essential role in the growing urban community. The building’s interior is organized around a central atrium that provides a social gathering space and access to other community amenities such as the cafeteria, gym, and club rooms. Roof terraces, courtyards, and balconies allow natural light to flood the interior, accentuating the foundational premise of the design and encouraging students to foster an intimate connection with the greater civic community. 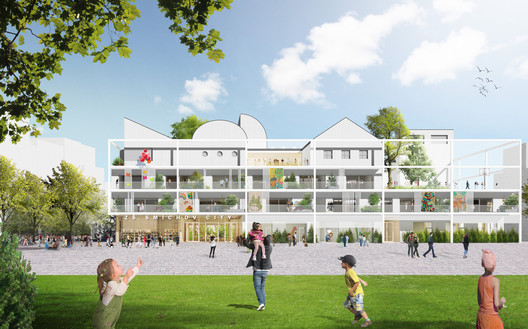