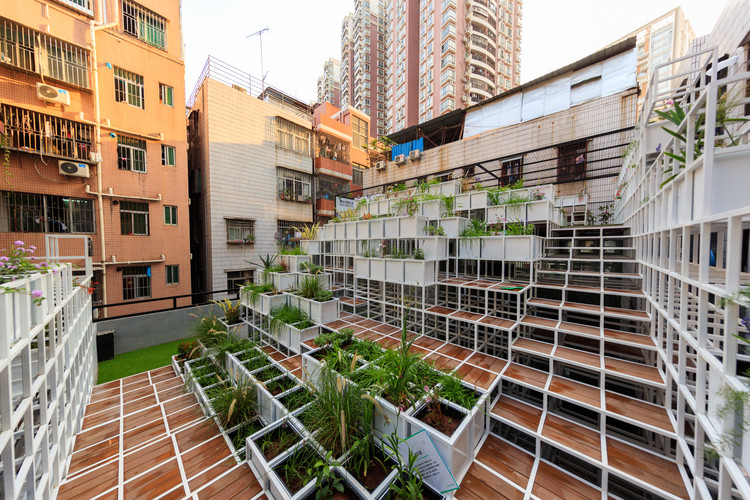 Text description provided by the architects. Along with the expansion of modern city, original villages located in the edge of city have been turning into isolated islands in flourishing city. Urban village, resulting from population boom in modern China, exists in major cities as common case.

However, there is no mountain or river in the so called urban ‘village’ as in imagination, but the concrete land which is hard and impermeable. Moreover, due to the poor condition of lighting and narrow space,The first impression of most people for urban village is messy and unsafe. Architects in AAO has made a practice seeking for a solution to problems in urban village.

Architects propose a tentative idea of Green Cloud, aiming to improve rainwater management ability as well as providing green and comfort common place for residents, from which the current living states of residents could be improved.‘Green Cloud’ is a low-technique required renovation method which can be copied easily.To make use of large quantity of roofs in urban village, architects build Urban Mountain on the roof which have potential to be reconstructed.

Architects set up Urban Mountain on dwelling roofs to make up for this kind of Green Cloud practice be as demonstration. We hope adjacent residents could be impacted to master the construction skill of Urban Mountain idiopathically and after that,copy them to their own roofs.As Urban Mountains being built in urban village one after another and connecting in the sky,a new landscape full of fun, joy and greening that we planned is coming out -- the Green Cloud.

‘Yugong Plan 2.0’ thickens the un-utilized roof and lists it into second land surface among which the rainwater is preserved and greening expanded (it could also be used as vegetables and plants planting). Such two dimensional land surface could change in Z axis according to space property. It creates pavilions for social activity beneath and upper space for people’s walking and sitting.

Urban Mountain has gradually been a culture activity zone in urban village. Recently(June 2018), a mid-summer concert was held on Urban Mountain, 9 little musicians aged 4-11 made neighbors open the windows that had been closed for so long. After big success of the concert, other residential community activities that comes later are expected. 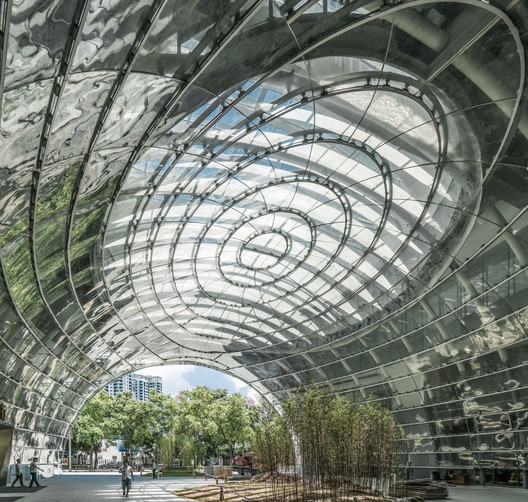 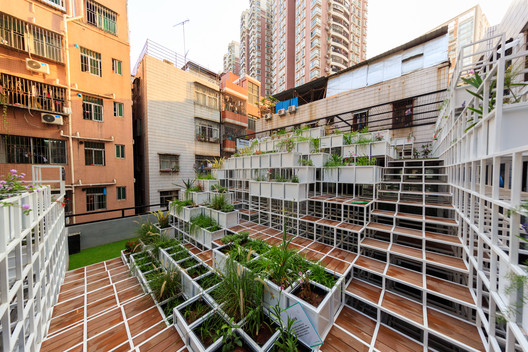