Studio JCW have created a proposal to revitalize the medians of Park Avenue in New York City. Founded by Chanon Wangkachonkait and Jaehong Chung, Studio JCW argues that Park Avenue’s medians have been a fixture on the boulevard for more than a century. Their Big Shelf proposal would create elevated public spaces within a grid structure for expanded programming. The design was made to echo the structural facades of surrounding skyscrapers and building grids. 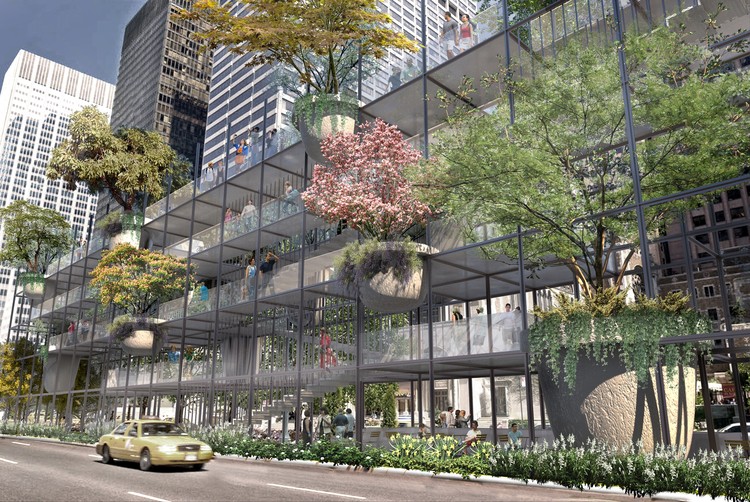 The Big Shelf structure would be installed on every median of Park Avenue between 46th and 57th streets. In turn, a series of underground paths would be constructed between each block. The expanded and elevated areas are made to provide more diverse programs, views and spaces, as well as more green space. As the team notes, plants and shrubs would be added within the site to contribute towards Vision 2020 by absorbing vehicular noxious gases.

Addressing the segregation of the medians by crossing traffic, the proposal would connect medians to bring continuous pedestrian circulation along the entirety of Park Avenue without any crosswalks. In addition, the slope from the underground path to the medians would offer diverse view points for pedestrians. From a material standpoint, the structure and vertical trellises would be made from steel. The large planters and pots would utilize recycled materials like glass and concrete. Along the interior of the shelf structure, circulation paths would also be made with recycled materials and perforated metal sheets. 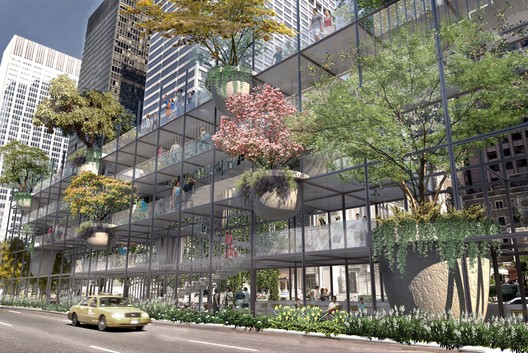