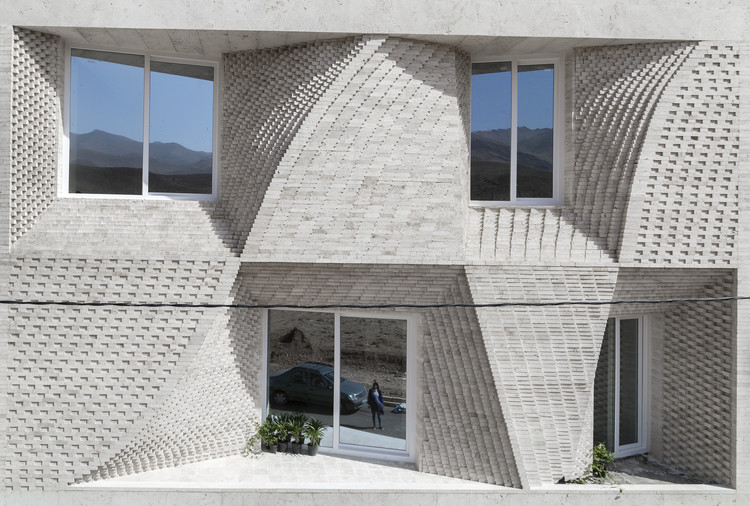 Text description provided by the architects. The project is located on a residential periphery of Mahallat, 262 kilometers southwest of Tehran with the hot and dry climate. The area surrounding the city is rich with travertine which is mainly because of the two significant travertine local mines called Hajiabad and Abbasabad. The project was delegated to the architect at a time when the structure and floors plates were already built and the client required a cost-effective project.

The land size is 18 * 10 meters with the occupied neighbors on its east and west. Travertine mines and mountains are visible from South and Sarcheshmeh’s green area which is one of the most famous neighborhoods and one of the popular tourist attractions is visible from the North of the site boundary. The majority of Mahallat’s economy is engaged in the business of cutting and treating stone and our client is also a stone expert and stone seller independently. His expertise is in choosing and consulting various stone at the low price. (and this has obviously reflected on the process of the project)

In 2014 our client bought this governmental property at a reasonable price from which it has been already divided. He had a dream of building his first home to make it as a perfectly constructed sample of his work in the neighborhood. All programs are connected along the soft continues to form to create spatial divisions with a variety of motion throughout the project. Starting at the ground floor from the lobby through the ceiling, internal walls and continues all the way to the rooftop.

The orientation of the geometry to the North provides spectacular angle and rotation to the North facade to create a different perspective to environment whereas the same movements without rotation add a different quality to the South facade. This movement was not only a conceptual movement but also a creative way to utilize the stone as an environmental piece helping us to build a cost-effective and environmentally friendly project. 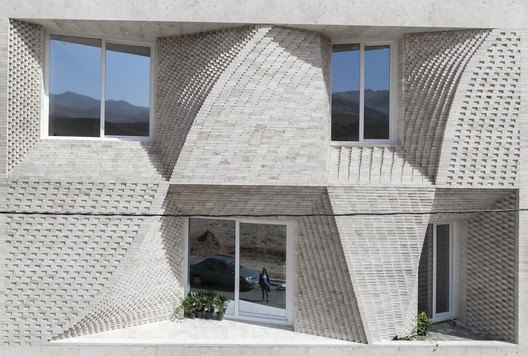