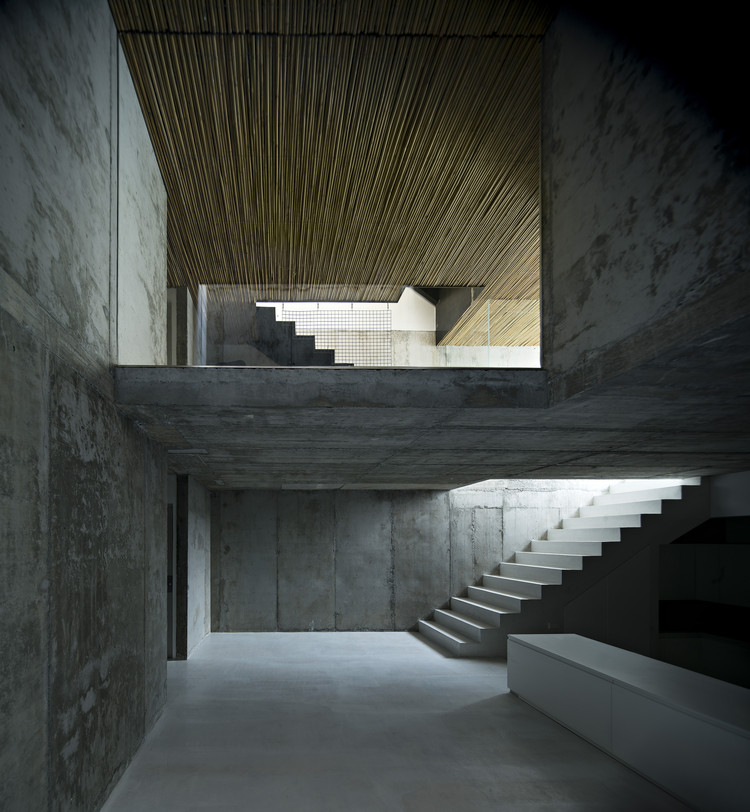 Text description provided by the architects. How to face the construction of a home with a small plot of land enclosed between walls, whose only façade faces north? This is the starting point of a project which, due to its complex answer, is based on simple premises. The project begins by dialoguing with tradition: The idea of building a courtyard house with contemporary style and language arises. The centrality of this type of housing allows the permeability of space and light, giving a feeling of amplitude that contrasts with the original size of the plot. The courtyard acquires its contemporary nature thanks to the chosen materials, concrete and reed, which use light to sift their textures and materiality.

The house is embedded in the land, and it becomes a large volume that serves to contain the land. This body of containment holds two programs that can function independently.

On the one hand, there is the main housing programme, which is developed on the first, second and third floors of the project. The stairs and the courtyard become the protagonists of these spaces. The interior void generates facades that are perforated in multiple points to let the light through, without these rooms losing their intimacy to the street. The staircase appears as a sculptural and vertebrating element of the different spaces. Thus, courtyard and staircase link the house spatially and perceptually.

On the other hand, there is a volume which is more tied to tectonic, to the shelter offered by penumbra. This volume is intended for the storage areas in the house, as well as for the entrance hall and guest home. The contrast between the two parts is evident by the way the light from the ceilings sprouts, which is filtered thanks to the double height skylights. The house makes possible to inhabit a basement without being aware that one is in one, and while the tenants enjoy their patio house, the guests enjoy another house as Granadine as the cave house.

With economic means, it is possible to execute two houses in this plot of 85m2 and that at first showed such unfavourable characteristics.

The spaces of the house contrast for their honesty. The structure appears in the form of planes, generating the main surfaces that serve to form the spaces of this house. In contrast to this stony material, the reed is used to create the necessary auxiliary planes -lattices in openings to the outside and false ceiling planes-. Finally, the floor is made with a noble material such as wood. Concrete, in contrast to wood and reed. The combination of artificial versus natural and which character is reinforced when the light emanates from the skylights, a moment in which games of grammages and textures appear, of shadow lines.

In the end, the Guarnón is a house with spaces sheltered by the warmth of material decisions, together with the light of the south. 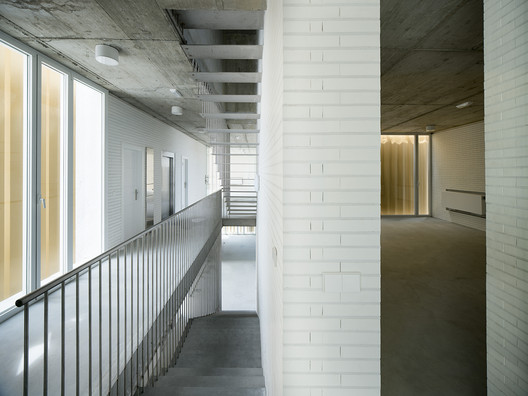 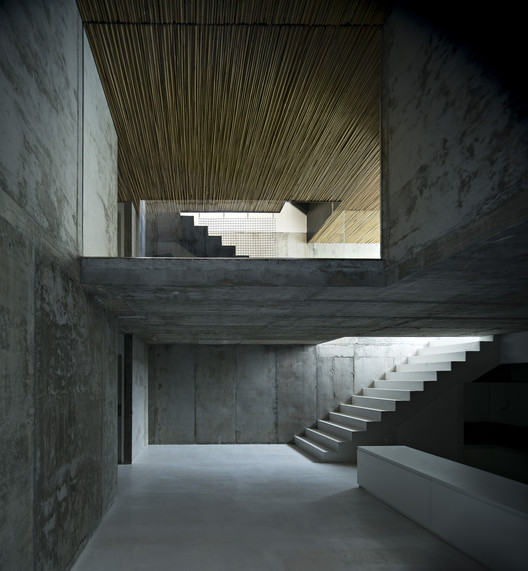