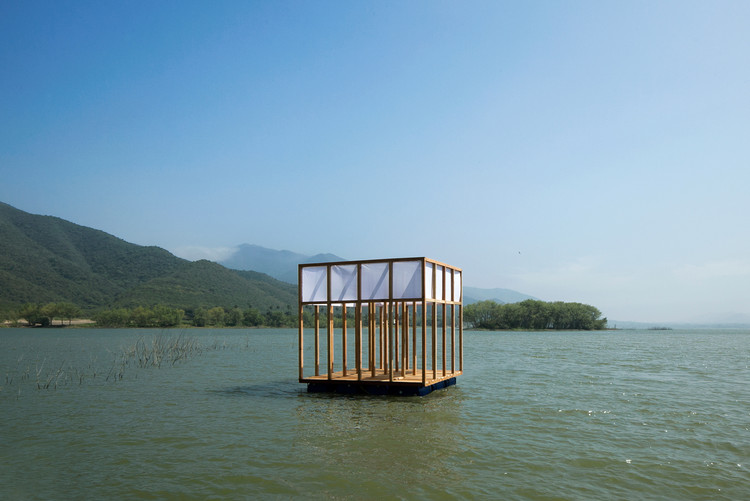 “The men made their way to the shore and sighted an island in the distance. The stillness of the landscape provoked in them a sense of peace that drew them towards it. They began building an instrument that would allow them to reach it, defeat the distance. Their hopeful eyes conferred strength to their work, patience and enthusiasm, combining mastery and intelligence.
Form their work arose a floating house, steered by the wind that filled the improvised sails that covered the windows. It carried them to the island. It was like a floating house made of wood”.

The word catamaran is derived from the Tamil noun kaṭṭumaram where kaṭṭu means packed and maram means tree (lit. «joined logs»). The British pirate and adventurer William Dampier was the first one to describe catamarans in 1967, which he had seen in the region of Tamil Nadu (India) while he sailed across the Bay of Bengal. The catamarans were used for fishing by the paravas — a community of fishermen located on the south coast of Tamil Nadu — as well as to transport troops by the Chola Dynasty, who had been using them since the fifth century AD to conquer regions of Southeast Asia, like Burma, Indonesia and Malaysia.

Like those ships, this pavilion is an instrument for exploring the territory. It is made up of a grid of 4”x4” wooden columns placed every 80 cm, similar to those used in construction formworks. The total surface area of the square structure is 3.35 x 3.35 m, its purpose is to be above water, in the same way that trees cover the visible surface of an island.

The pavilion was built with these types of columns to allude to a construction project that was ongoing in 2016, close to the western banks of the Presa de la Boca, where summer homes are regularly built. Close to that location there is an island, some 200 m away from shore.

The purpose of this pavilion is to create a space — without it becoming a boat or a ship — that allows one (if one is lucky) to set out into the water and explore the island. The pavilion is meant to be a piece of architecture, a room, an open cabin, a chamber that frames the landscape, an instrument of observation — a geometric island.

The flotation system is simple: eight tanks filled with air are placed on the water supporting the wooden structure that is shaped like an almost perfect cube. There are twenty-five columns that occupy and inhabit the space while also providing a place to cling to, lest one loses balance once inside.

The propulsion system is simple too: a piece of fabric attached along the top part of the structure picks up the wind wherever it may come from. If one is lucky, the wind may blow the structure towards the island, otherwise it might just send it towards one of the many banks of the lake. The propulsion seems to depend on the whims of the wind, but, it depends on the terrain — it depends on the southern mountains through which it blows. 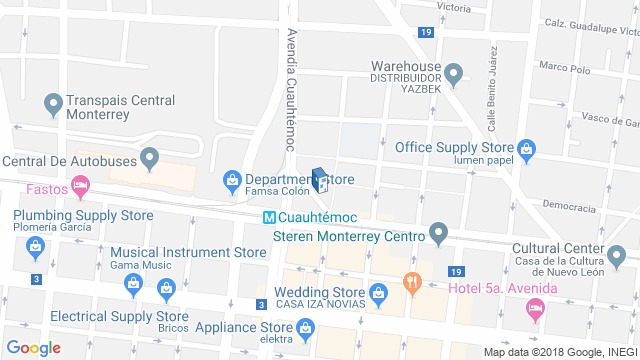 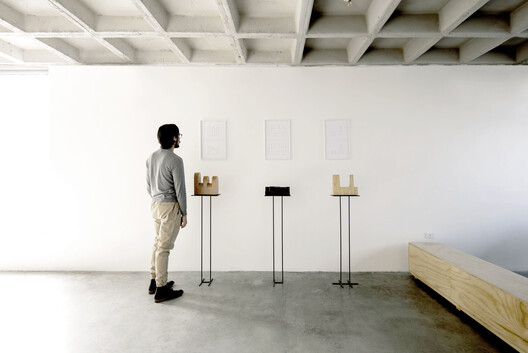