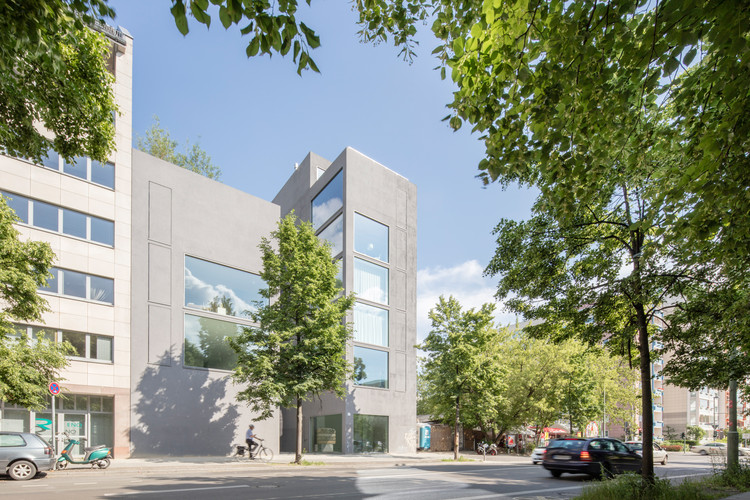 Text description provided by the architects. The project is located in Berlin on a site bombed during the war, subsequently used as a storage site for segments of the Berlin Wall. It consists of two buildings, one housing the residence and exhibition spaces of an art collector, the other 6 loft apartments. It was organized in the form of a “Baugruppe”, a collective Building project.

The building concept is driven by our ongoing research into typologies of residential design. The complex has characteristics of free-standing suburban buildings and the typical Berlin tenement blocks, but references as well the French “hotel particulier”. All are translated and compressed into a dense urban context, where they explore the boundaries between the public and the private, the social and the intimate.

Breaking with the Berlin tradition of closed blocks with continuous roof lines, the ensemble consists of two buildings grouped around a public courtyard. Public space expands onto the plot; a large light installation entices passers-by into the courtyard where changing installations from the owner’s art collection provide unexpected encounters.

The stair tower acts as a vertical continuation of the horizontal public space on the ground level. As a semi-private communal area, it extends up to the individual front doors of the apartment units. By crossing a noticeable gap, the concept of the individual threshold is emphasized with a seamless continuity between the urban scale and the detail scale.

The spatial concept evolves naturally out of an analysis of views the site offers. As a continuation of landscape concepts, these views are translated into the urban and architectural scale. On the urban scale, they reference and focus on the neighboring industrial chimneys and power plant structures. The spatial borders of the living spaces are shifted into the extended urban sphere, in a reference to the concept of the “borrowed landscape” found in English and Chinese landscape gardens.

On the architectural scale, the views define an interconnectivity between all spaces inside both the collectors house and the adjoining apartment units, thus creating a strong sense of closeness and neighborhood, of community and proximity.

The concept of “entre court et jardin”, originally used to describe the complex relationships of public and private spaces in French “hotels particuliers”, is referenced again in the spatial arrangement of the collector’s house: The counterpart of the public “court” on the street level is the private garden located on the roof, with the living spaces found in between. From the living spaces, directed views connect to both formal and informal outdoor spaces with different degrees of privacy.

The project, though seemingly minimalistic and abstract, thus functions at some complexity on many levels of urban and historic contextuality. 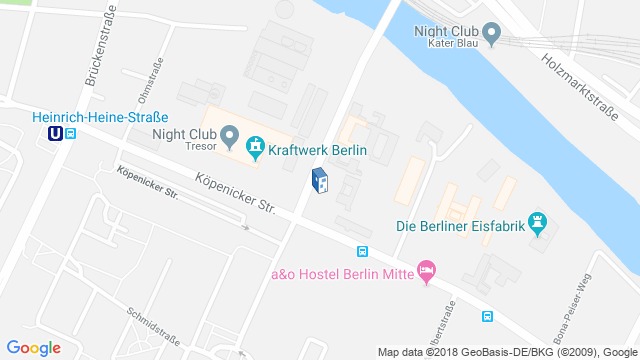