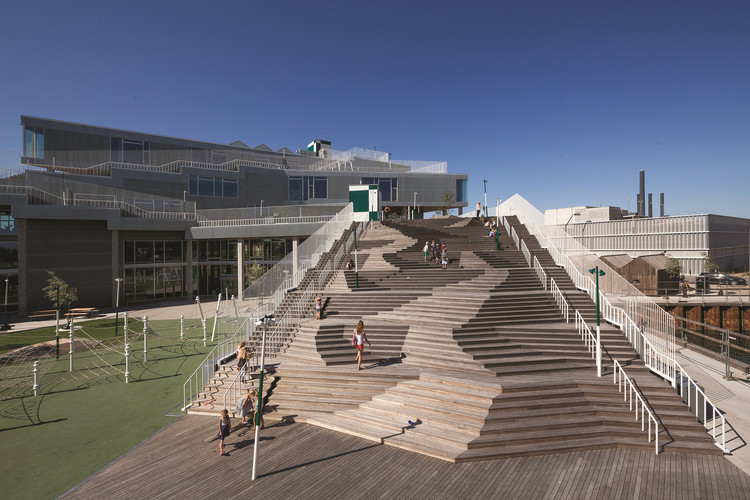 Text description provided by the architects. JJW Architects invite the city into the school and connect the school with the city, while utilizing the harbor location by using the water as an extra classroom. At the same time varied spaces create numerous, different scale gathering opportunities for students – from the school assembly to intimate learning sessions between two classmates. The School has been awarded several awards including the WAN Education Award 2016.

When JJW Architects won the architectural competition this old part of the harbor area was being developed into a new mix-use quarter, but the area lacked an assembling element. The competition brief there for was to create a project that could function both as a school and a cultural gathering point.

The school is designed with a natural hierarchy of public, semi-public and more private spaces while the outdoor areas are designed so they can be used as additional learning, recreational and activity spaces.

To create an exchange between the school, the neighborhood and the harbor, the ground floor features a combination of school yard and a city square. The large staircase connects the school with the harbor and is used as an extra classroom, a recreation area for the pupils as well as a vivid public meeting place for the citizens of Copenhagen.

The school is partly age-divided with the junior classes at the bottom, while the upper floors, that house the older pupils, are prepared for age-division as well as age-integration. This way the internal and external spaces take into account what pupils at different stages of their lives are capable of handling and what makes them feel at home and safe. To provide a safe feeling for the younger children the smaller classes have their own home area with small clusters that are separated from the other pupils. The older pupils share a large, age integrated home area spread over two floors where the pupils become part of a larger community across age differences.

The building is characterized by a vivid façade that not only creates variation but also underpins the buildings educational function. The architects have taken a relatively common façade material, prefabricated compressed mineral wool panels, and combined it with outer fines – the result is a strong and living expression.

The vibrant facade acts as an effective and intelligent building envelope. Automatic openable windows controls night cooling, specially developed noise-reducing windows allow natural ventilation, and built facade screens serves both as sun protection and as additional heat buffer in the cold season. The outermost layer consists of 100% recycled lamellas in aluminum. The play in the façade changes according to the position of the viewer.

The school follows the parameters in the DGNB-approach, which focuses on both the technical, economic and social sustainability. The use of the building after school hours supports the social aspect of the sustainable approach. As an example, the outdoor areas work as both school yard and public park. 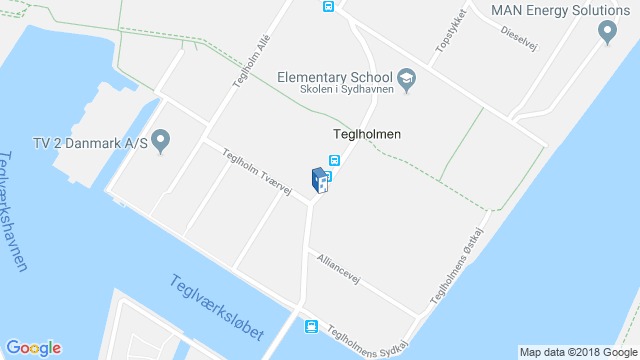 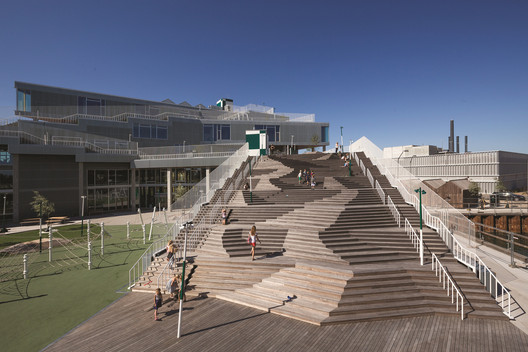