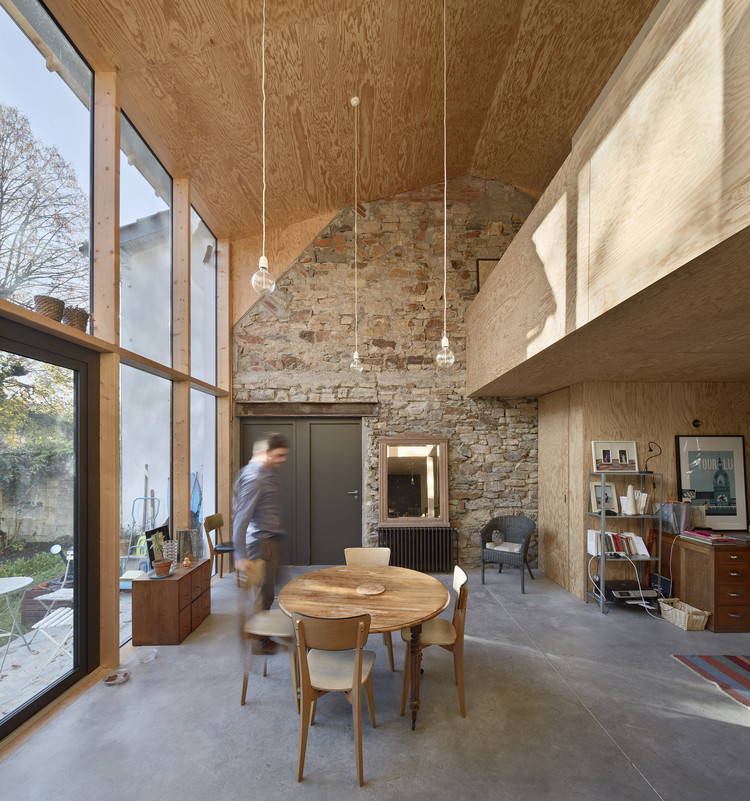 Text description provided by the architects. To extend a house, is to add an extra layer in an existing building, which sometimes allows to see the previous ones. The house we had to extend, close to the Procé park in Nantes, is a clear example of this layering process, picture of the time passing through the changing needs of the previous owners.

At first a single floor one, this house was firstly extended aside and eventually partly raised up, questioning its ability to go under a third extension phase.  Instead of erasing this history, we completed the puzzle by raising up the initial building in order to form a new volume coherent with the first extension.

We painted the facade with the aim of harmonizing this patchwork, nevertheless still readable by a careful observer. Then we add a wood mesh, giving a new character to the whole building while offering diverse relationships between the inside and the outside. The newly built upper floor is L shaped in order to divide the ground floor between a single and a double height.

The entrance path is located under a low wood ceiling, causing a compression felling, enhanced by the wood grain’s drawing. Follows a decompression effect through the double height and the large glass wall, allowing the garden to enter into the house’s inner landscape.

The wooden mesh proposes diverse relationships between the inside and the outside. Discontinued in front of chosen windows, it goes over the bathroom one, in order to filter views while enjoying the sunlight and having the possibility to ventilate, or over the living room’s ones to allow the air to enter without providing private views to the outside. 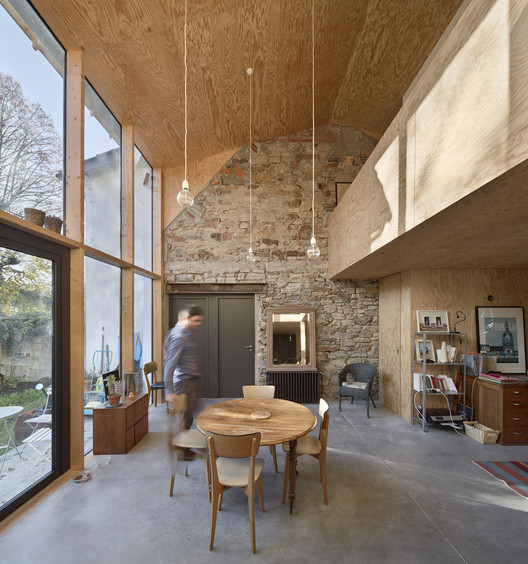