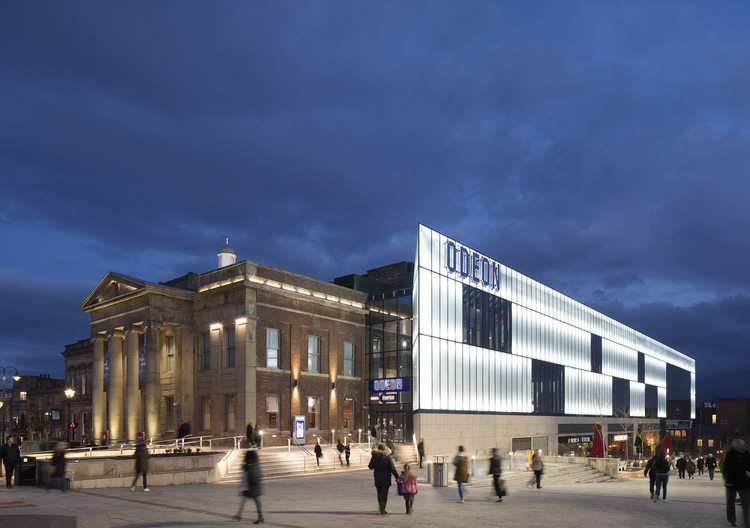 Text description provided by the architects. Oldham Town Hall is a Grade II listed historic building situated in the centre of a 19th century industrial town in the North West of England which has since lost its traditional cotton spinning industry, and was named the most deprived borough in England.

The former Town Hall building, built in phases from 1841 onwards, was designed to accommodate civic and administrative uses as well as police and courts functions. It was vacated by its main occupier over 30 years ago. Since then all attempts at conversion have failed, because of local economic conditions and the architecture of the building – notably its complex internal layout, many changes of level and poor circulation routes. The building fell into disrepair and was named on a national register of heritage buildings at risk.

The client required a solution which would save the building and kick-start the regeneration of the town centre. A multi-screen cinema and family restaurants – although challenging – was seen as the means of achieving both aims.

BDP’s solution was to save as much as possible of the surviving structures and design a new extension – the light box – on the poor (originally the rear) elevation of the building, which solved all circulation, level changes and access issues. All surviving significant heritage elements have been retained and repaired, including three classically inspired stone elevations and several ornate interiors. Seven cinema screens are housed within the complex multi-levelled envelope of the historic building, some within original rooms such as the courtroom and council meeting room. A new landscaped pedestrian square provides access to restaurants located below the cinema concourse.

The scheme has succeeded in providing a modern cinema facility and much needed family entertainment within an historic town centre, and in saving a landmark historic building. 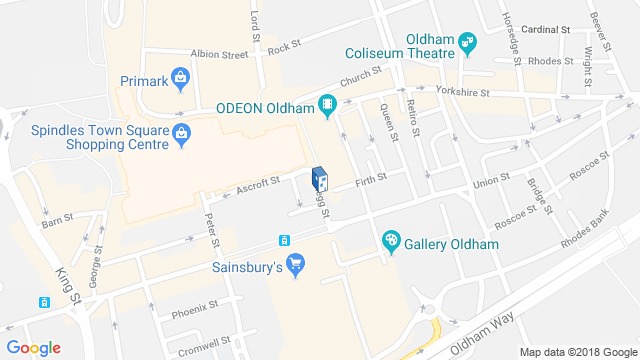