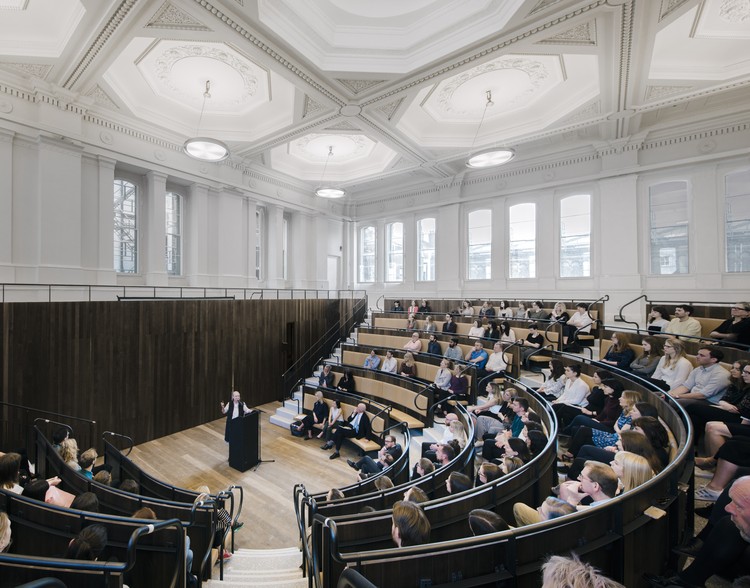 A new programme had to be developed for 6 Burlington Gardens and coherence gave to the entire complex. Promoting the refurbishment of the two Grade II* listed buildings, the master plan drew on the existing building structures, opening previously closed off areas while introducing a series of punctual interventions that range from repair and restoration to the introduction of contemporary elements. A new route through the center of the buildings provides a public link between Piccadilly and Burlington Gardens, connecting the main entrances of both buildings.

This new route leads from the brick-vaulted corridor, previously used for storage, through to a new in-situ concrete bridge, while bisecting the RA Schools. The bridge, housing a lift and staircase, negotiates the change of level and the differing axis of both buildings. It also overlooks a new sculpture garden for the RA Schools both exposing and integrating their activity into the campus. The transformation of 6 Burlington Gardens includes the reinstatement of a lecture theatre at the west end of the building. This required the removal of a floor that had been added and the relocation of the historic British Academy room.

The new auditorium, seating 250, is semi-circular and modeled on a classical amphitheater or scientific theatre. It is entered from the top and the large clerestory windows have been fully reinstated. The former Senate Room has been restored and serves as a new cafeteria with one of the smaller committee rooms now an architecture gallery. The historic laboratory rooms have been re-aligned as an enfilade of contemporary, day-lit gallery spaces. The large room on the east side of the building, originally a library, now serves as the Collections gallery housing Michelangelo’s Taddei Tondo, formerly located in the Sackler rooms.

The aforementioned British Academy room is now enclosed in a new fair-faced concrete building which faces the sculpture garden and features the original windows. Small interventions have been made in Burlington House, improving the operational running of both buildings. These range from art handling to new cloakrooms, toilets and ticket offices. The entire project coincides with the Royal Academy’s 250th anniversary, significantly expanding its space while connecting Piccadilly to Burlington Gardens on an urban level, with a cultural programme. 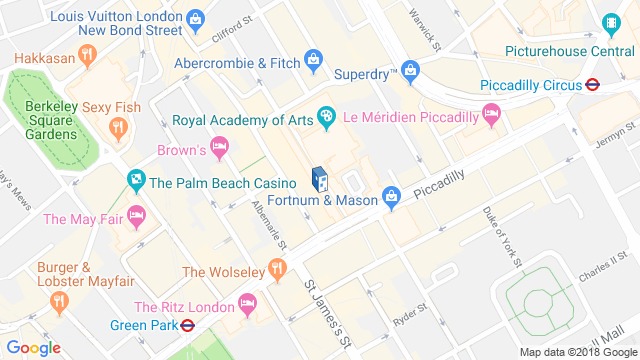 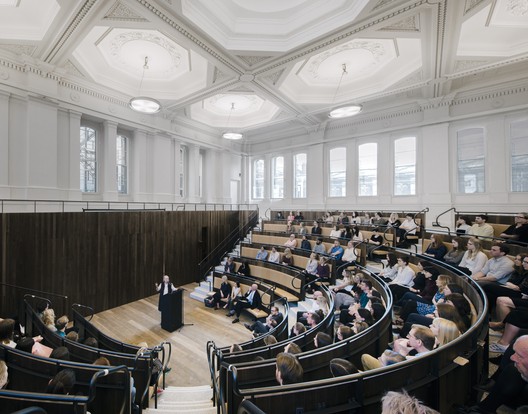