Text description provided by the architects. The project is located in Xiaogan City, Hubei province. The site is a typical hilly terrain in Jianghan Plain. At the beginning of the project, the designer picked a construction next to the pond, opposite to the township road. He hope the vehicle from expressway could see the whole picture of the building in the first eye, thus forming a relationship between the scenery.

During the plan stage, the designer went there and excavated the characteristics of the base, and the ladder ridge became an important natural element in the design. Chief Designer Li Tao put a long strip on the three level ridge height of the pond, and the two level space of the inner courtyard was formed naturally by the 1500 height difference which retained intentional. This way objectively reflects the function and rhythm of space.

The height of the eaves on one side is 4 meters high, the total length of the building is 104 meters. The border line of the pond, a few levels of ridge in front of the building and the cornice line on the water side of the building strengthen the characteristics of hilly terrain in Jianghan Plain.

The walk brings a different view of the architecture, but it will also find that the building does not have a "main elevation" in a traditional design, like Corbusier's Savoy villa, without major facades, nor to strengthen the image of the entrance. It is the designer's intention to respond to the sense of direction in flat site of Jianghan plain.

Under the unified roof, the designer organized five boxes, two inner yards, three corridors, a straight run staircase, and the "remaining space" of these physical boxes and roofs, forming an external image of restraint, and the interior of a particularly rich wandering space.

The "remaining space" between the five boxes, formed a different rhythm because of the height of the roof and the box the opening and the dense contrast of the sloping roof.

The first box, the height is the exhibition hall, the lower side of the water side is the cafe, the high difference between the two becomes the four seat area of the cafe, and a small box is inserted between the height and it is also the background wall of the coffee bar; the second boxes are sealed on the side of the bathroom and open to the inner courtyard.

The third box is the wedding hall,which formed the audience's seat with the help of the height difference; the fourth small boxes are the reception hall, the fifth boxes are in the conference room, the lower side of the water is the restaurant, the high difference between the two is truncated by the middle of the stairs, which runs straight to the roof platform, and makes the open and private two space properties separated directly.

The opening of each box follows the purpose of restricting and enhancing the surrounding landscape. The cafes, restaurants and wedding hall open to the pond and open to the nature; especially the wedding hall, the floor window fan can be completely opened, together with the outside boundary pool and the water surface of the pond; the dressing room and the reception room are facing the inner courtyard, in a semi open state; and the fall ground window of the toilet faces one side of the masonry wall, which not only achieves the function of open landscape, but also ensures privacy.

All the viewing direction of the landscape is deliberately controlled by the designer; after the tourists experience all the horizontal landscape, they will come to the final staircase straight to the rooftop, the high wall of the bare concrete on both sides, and cut out the linear sky. It is a reversal of the sense of architectural level and a sublimation.

The design of this project is not only a single architectural design, but also an attempt to design integrated architecture, landscape, and interior design from the beginning of the planning by UAO, and the layout of the vertical and traffic lines of the site is organized reasonably, the landscape has retained the texture of the paddy field, and the original village's threshing ground is reformed to form a campfire square.

Relying on the original terrain and trees, the new plant space density relationship is combed, which makes the process of building to be a kind of expectation; the architecture relies on the logic of the ridge height, which makes the interior design come to a drainage, the space rhythm runs through, the subsequent interior deepening, more consideration of the overlapping and closing of the materials. Inside and outside of the space and the texture is the sense of unity. 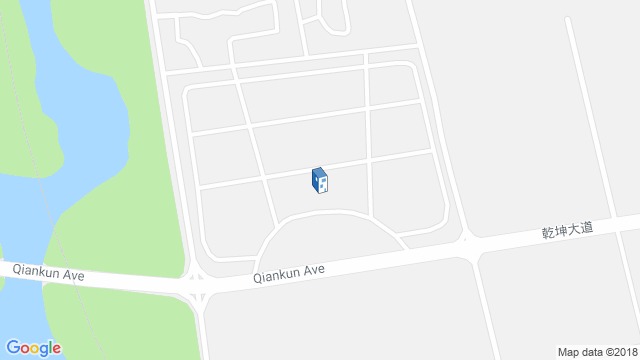 Location to be used only as a reference. It could indicate city/country but not exact address.
Share
Or
Copy
About this office
UAO
Office
••• 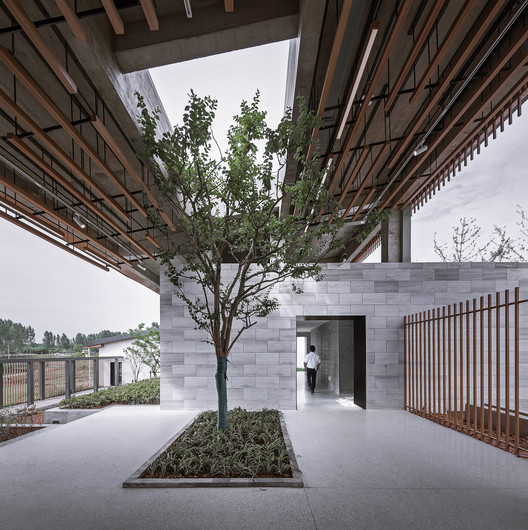