The architecture practice DBALP Consortium has been selected to design the new terminal of Bangkok’s Suvarnabhumi Airport. Led by Duangrit Bunnag, the firm was chosen after approval from the Airports of Thailand (AOT) board of directors. The scheme was designed to reference Thailand's lush landscapes by immersing passengers in a ‘forest’ environment. The proposal has received claims of plagiarism for copying Kengo Kuma's Yusuhara Wooden Bridge Museum in southern Japan.

"I didn't copy anyone else's work. Those who follow my work will know that I created a similar image in my previous designs, such as for a hotel in Sri Lanka," Bunnag told The Standard, a local online news portal. Rejecting these claims, Bunnag argues his inspiration comes from Thailand’s forests and green vegetation, which was translated into a series of cascading wooden trees. The second terminal is planned to be the first phase of a series of developments at Suvarnabhumi. 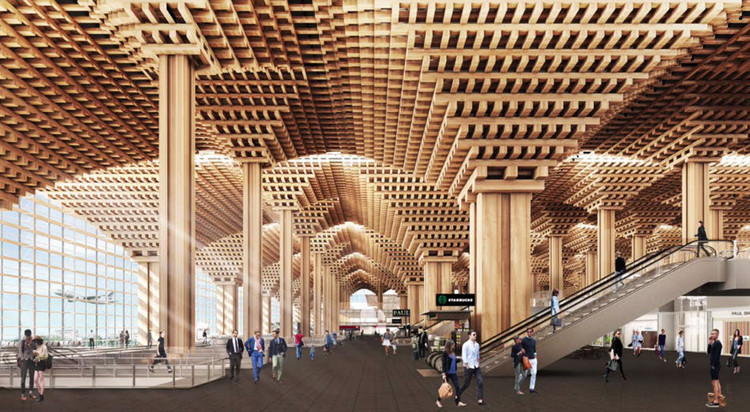 DBALP worked with a range of offices on the terminal design, including Nikken Sekkei, EMS Consultants, MHPM, MSE and ARJ Consortium. The design comprises two modular structures supported by overlapping wooden columns. These are the main comparison to Kengo Kuma's Yusuhara Wooden Bridge Museum design. Between the proposal's passenger and commercial buildings, the team plans to create a constructed tropical landscape with a cascading waterfall. This indoor forest is designed to be a ‘live demonstration of how human beings could inherit the natural tropical ecological system’.

The AOT invited private firms to participate in the Bangkok airport terminal competition. With an estimated construction budget of 35 billion baht and a design cost of 329 million baht, the second terminal would encompass a 348,000 square meter area. DBALP Consortium is obligated to complete its forest-inspired design on the Suvarnabhumi Airport Terminal 2 project in 10 months’ time, with an AOT invitation to bid then being released for the construction phase.

If DBALP's proposal goes forward, the new terminal will be built to receive over 30 million passengers annually. Construction is scheduled to be complete in 30 months, with an opening in 2021. 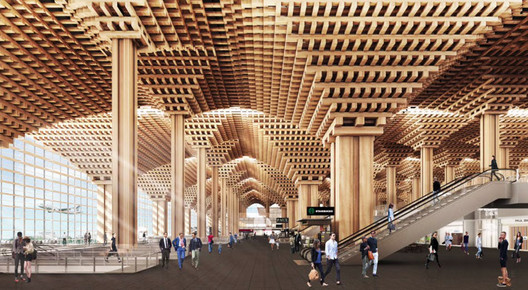