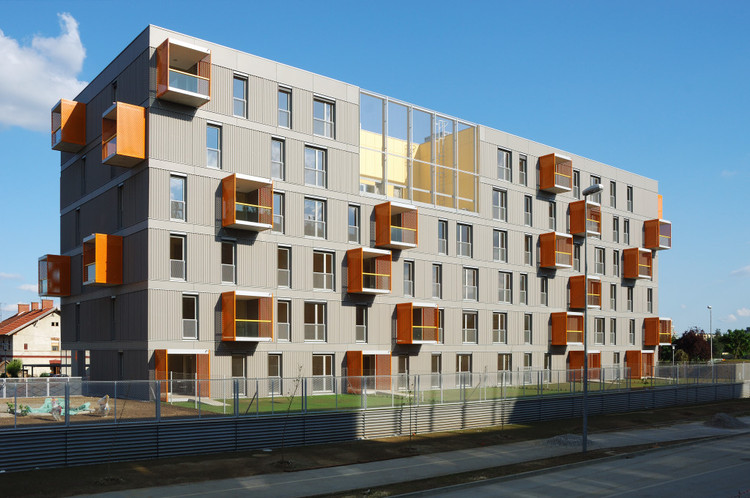 Text description provided by the architects. Social housing settlement Poljane is located near a busy crossroads on the outskirts of Maribor. It consists of four buildings (2 slabs + 2 towers), a total of 130 social apartments. Project – limited with the existing rigid urban plan of the area, which had to be followed to a dot – replaces the missing exterior public spaces with collective areas inside the buildings.

Vast empty spaces – public ‘rooms’ - are carved out of the volumes of the blocks and designated for public programmes. This spaces are either covered – designed as covered open-air playgrounds or open – as roof gardens oriented towards the sun.

The apartments, arranged around the central communication core are of a standard typology, but their individuality is expressed with colourful balconies, inserted into the apartment plans. The balconies appear in different positions on the façade and work as accents which give the whole settlement a dynamic character.

The section of the block is also readable on the facade. The stacking fields of ondulated cement facade panels mark the apartments while the smooth horizontal belts mark the floor plates. The choice and appearance of facade materials follows the industrial character of the surroundings. 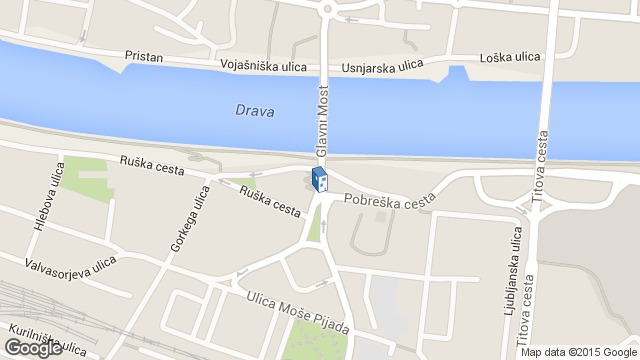 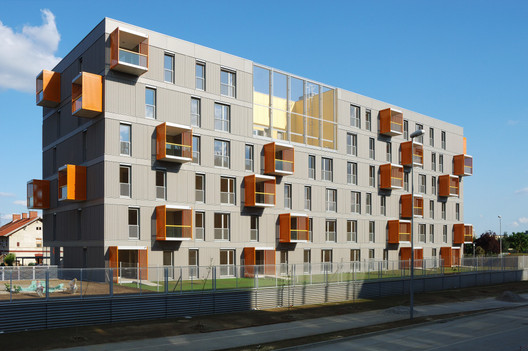