As part of the first phase in an extensive rebuilding project, the Empire State Building Observatories have a newly renovated entrance. Created by a team of architects and designers, the renovation aimed to transform visitor experience of the Art Deco skyscraper and its history. The 34th Street entrance was renovated for better flow, and to showcase a technology-driven lobby space. The project is the first in a multi-part rebuilding of the tower, which will be completed by late 2019 and include both digital hosts and a new lighting ceremony installation. 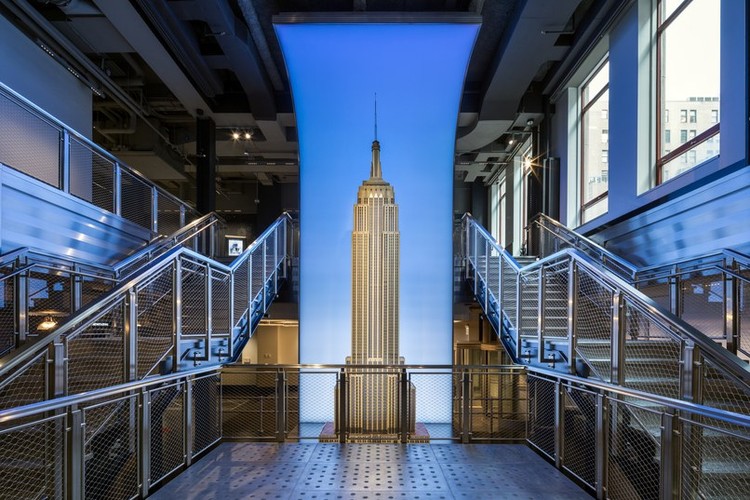 The Empire State Building, originally designed by architecture firm Shreve, Lamb, and Harmon in 1931, rises to 1,454 feet above Manhattan. Famous for its observatory views, the tower has become a symbol of New York. Michael Beneville of Beneville Studios, a New York–based art and design studio, said that the renovation is, "a work that complements the very soul of the Empire State Building." The observatories' entrance was moved from Fifth Avenue to 34th Street to reorient visitor flow. Inside, large-scale LED panels and digital ticket kiosks combine with a two-story model of the tower and Deco-esque detailing.

The decade-long Empire State ReBuilding project is set to modernize the building and reduce the wait time for the 4.2 million annual Observatory guests. While waiting to go through security, guests will view historic and current photos of the Empire State Building. The project was complete recognizing that the main Empire State Building lobby is one of the few interiors in New York to be designated a historic landmark by the Landmarks Preservation Commission. As part of the Empire State ReBuilding modernization initiative, the main ESB lobby renovation also introduced a new visitor processing system and technology.

The Observatory rebuilding project is expected to be complete by late 2019. 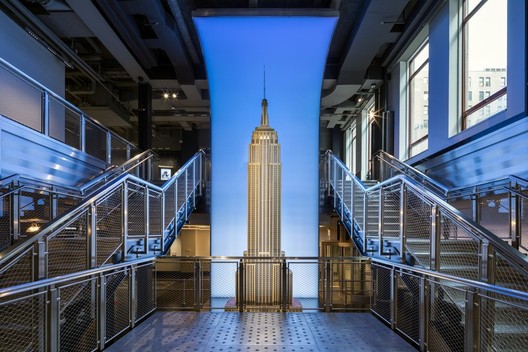