Save
A History of Concrete Molds, From Thomas Edison's Failed Cement Company to "Habitat 67"
Share
Or
Copy

The use of concrete in construction is probably one of the main trademarks of 20th century architecture. Concrete is composed of a combination of materials which when mixed with water solidify into the shape of the container where it is poured in. In this sense, it is the container or the ‘moulds’ who rule the outcome. The reuse of molds for casting concrete is a technique used to replicate and control the production of concrete elements or buildings. Architects and designers have used/created diverse types of molds and casting techniques to explore the limits of the material.

In 1899, Thomas Alva Edison founded a concrete company that produced high-quality Portland cement. Drunk with ambition, he looked for ways to utilize concrete to produce full objects: refrigerators, pianos, and particularly, entire houses. In the 1910s, he successfully cast house prototypes by pouring the concrete in a single shot. However, the casting molds were very complicated to assemble as they were composed of more than 2,300 pieces; consequently, only a few houses were built. Edison was searching for a construction process that could be easily replicated to achieve ‘mass’ production and, thus, sell more concrete. His “failure” was not the use of the material, but of misunderstanding the constructive system.

During the 60s, 70s, and 80s, the Soviet Union was under radical urban development. Entire buildings and cities were designed in central offices and constructed in Soviet territory. They decided to develop standardized concrete panels that could be arranged to consolidate multi-story buildings. Examples can be spotted throughout Europe (Karl Marx Straße in Magdeburg and Berlin) and Russia. The city of Tashkent is representative of the different types and possible arrangements of these concrete panels, including decorative, and stylistic patterns.

Also during the 1960s, Cuban architects Mercedes Álvarez and Hugo D’Acosta designed prototypes of shell-type detached house units, where furniture and window shutters were integrated into the concrete structure and shell. The prototypes had issues controlling pluvial water and its shape did not merge with the urban contexts. As a response, the Cuban government opted for the utilization of other concrete panel construction systems, like the ‘Multiflex’ system, which was similar to the Soviet approach. The concrete panels were considered the most practicable construction system.

It wasn't until 1967 when Israeli/Canadian architect Moshe Safdie successfully conceive tridimensional concrete modules. ‘Habitat’ is one of the most acclaimed works in architecture due to its grey aesthetics and messy arrangement. Its design is based on a logic conception of modularity, which is by itself an architectural manifesto. Safdie opened the door to concrete modular design.

Nowadays, SUMMARY has embraced the virtues of ordinary construction systems of urban infrastructure (sewer pipes) to develop buildings that respond to contemporary social and economic needs solved by an architectural perspective. Their concrete modules — Gomos System — are simple concrete shells with integrated insulation, electrical and hydraulic installations. The modules are cast off-site by a multinational company focused in urban infrastructure and then easily assembled in-situ.

Traditionally, concrete has been cast with wood and/or other solid materials. Students of the Edinburgh School of Architecture and Landscape Architecture, guided by Mark West and Remo Pedreschi, are exploring casting processes using flexible materials as molds or casts. They use fabrics and elastic plastics to allow the concrete to mold to the cast and, this way, conceive unpredictable forms. They play with the concept of ‘control’ and the loss of it. Casting with flexible materials results in organic and slightly unexpected forms; each piece might differ from each other despite the production process remaining mechanically homogeneous. This casting technique can still be considered a prefabrication system, but one capable of producing flexible outcomes emphasizing the physical characteristics of the casting.

Concrete is, and will remain, an elemental construction element; and even as its materiality remains consistent over time, its limits (in form and use) are far from being fully explored. History has demonstrated that concrete construction is mainly determined by the mold used and not in the material itself. Therefore, the casting techniques have to be considered as relevant in an integral part of a concrete element.

Pablo Jimenez-Moreno is a researcher and editor at Zero Energy Mass Custom Homes (ZEMCH) and a PhD candidate at ESALA – Edinburgh School of Architecture & Landscape Architecture. 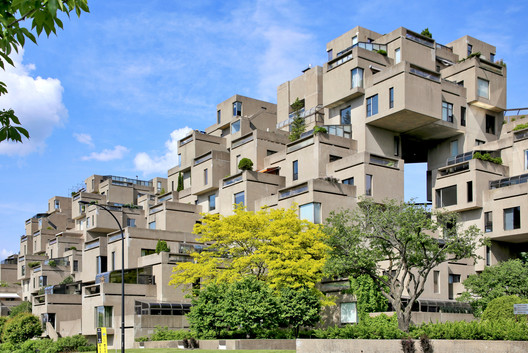