The Bristol Arena site faces yet another turn of events, as Zaha Hadid Architects and property investor Legal & General have released plans for a large housing development next to Temples Meads Station. The site is one of two proposed locations for the Bristol Arena, a project on hold for more than 15 years as Bristol City Council continues to debate its location. The proposal by Zaha Hadid Architects would include office blocks, a 345 room hotel, conference center and over 500 homes. 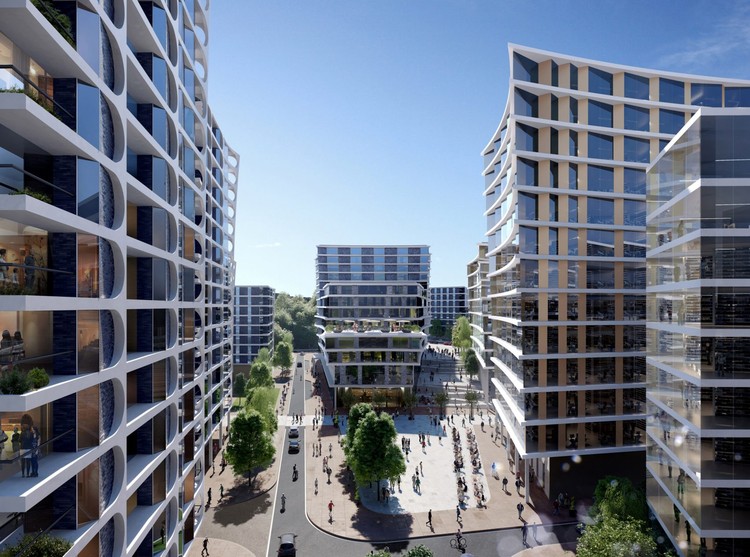 Plans for an arena for Bristol were first proposed in 2003 with the aim of having it completed by 2008. Originally planned to be home to both Bristol City and Bristol Rovers football clubs, the 12,000 seat capacity arena still awaits a development decision. The previous design by Populous was approved in 2016 under mayor George Ferguson. The design was put on hold by Bristol's new mayor, Marvin Rees, and now the city aims to make a decision on the site in September. If the Populous plan is abandoned, the Bristol Arena will likely move to Filton, the north of the city. This July, a report by accountant KPMG concluded that a new arena at Filton would provide a better cost-benefit ratio.

Legal & General has said that the new scheme by ZHA would "help build a resilient city centre for Bristol in the face of current structural changes in retailing, culture and leisure." They've also claimed the proposal would be more environmentally friendly than an arena, focusing instead on BREEAM Excellent status building projects. Mayor Rees has said that “I welcome Legal & General sharing this vision for the site with the city – it provides another useful contribution as we move towards making a well-informed decision on the best use of Temple Island." Jim Heverin, director of Zaha Hadid Architects, believes the scheme would "integrate a range of work, live and civic uses which will create a new vibrant quarter for the city."

Mayor Rees is scheduled to make a decision on September 4th after a full council meeting was called to discuss the project's management. 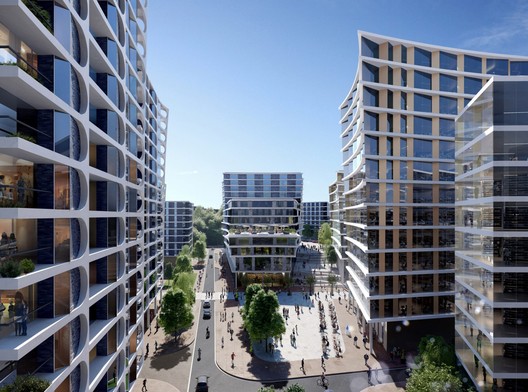