Taking to the skies, Ennead Architects have released drone footage of the construction progress on their Shanghai Planetarium project. First revealed back in 2016, the 38,000-square-meter planetarium will be one of the largest in the world. By early June, nearly 85 percent of civil construction has been completed, and a new milestone was reached as temporary braces were removed with the 2,000-ton cantilever structure. The drone footage showcases the museum design and the construction process that's bringing it to life. 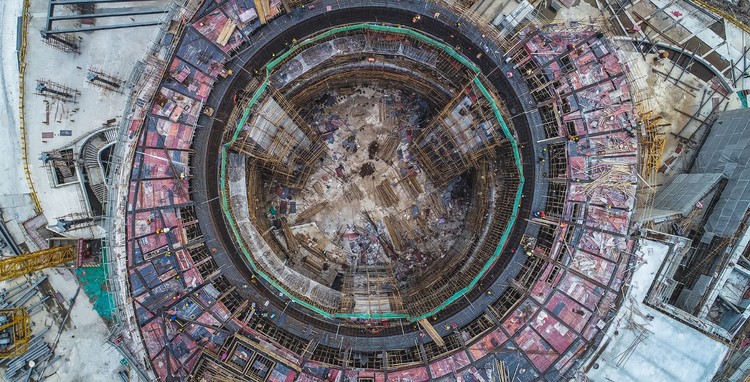 The Shanghai Planetarium is being built to define a new identity for the Shanghai Science and Technology Museum in the Lingang district of Shanghai's Pudong New Area. Designed with three main "celestial bodies" or forms — the Oculus, the Inverted Dome, and the Sphere, the project celebrates the continuum of time and space. The planetarium was create to symbolize the future of China's space exploration and reinterpret the history of Chinese astronomy. The design centers on the concept of orbital motion.

Drone footage by Ennead reveals how the three main forms are being constructed and organized, a process to support the flow of visitors through the galleries. Built to remind future visitors how conceptions of time originate in astronomical objects, the footage gives an aerial perspective that shows how the structure will act as an astronomical instrument. The project grounds are also shown, which will also include exterior exhibits, a seventy-eight-foot-high solar telescope, and evening activities at a Youth Observation Camp and Observatory.

The Planetarium is on track for final completion in 2020. 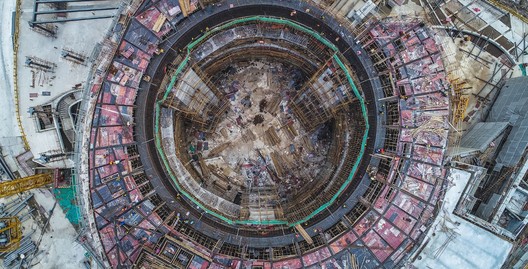