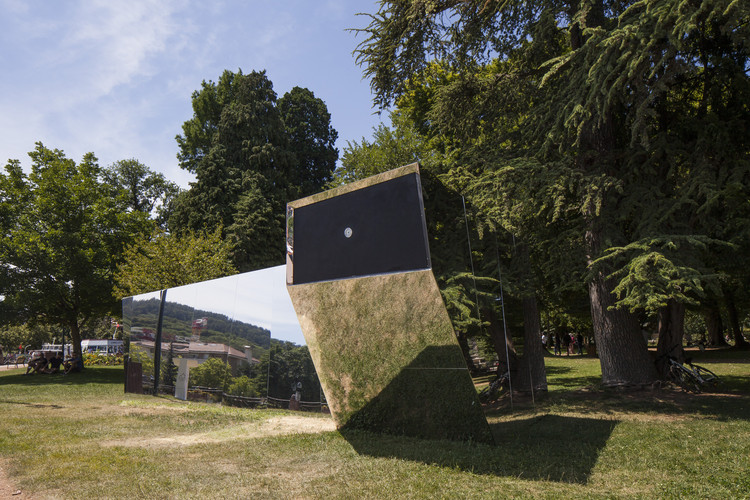 Text description provided by the architects. Trutheholeis one of the 23 art installations participating in Annecy Paysage, a festival organized by the cultural center Bonlieu Scène Nationale d'Annecy, held in the French town from 30 June to 2 September 2018.

Truthehole is as a human scale camera, in which people can enter. Inside, through the optical principle of camera obscura, visitors can see projections of what surrounds the installation – in this case a beautiful park, the lake of Annecy, the mountains of the Haute Savoie; these projections, generated by two pinholes oriented in different directions, represent a living and dynamic image of reality,consisting of a beam of photons that continuously connects the observer to reality. In order to achieve complete darkness and, consequently, more vivid projections, all the internal surfaces are black, except for the white panels arranged to bring out the most interesting parts of the projections. In fact anyone who enters equipped with a white sheet can intercept the projection in the position and with the inclination that he prefers, testing different effects and possibly tracing the images captured in this way, similarly to what painters like Canaletto did in the past in order to paint buildings and landscapes.

Truthehole blends scientific interest, aesthetic appeal – the projections from outside, reversed upside-down and left-right by laws of optics, are deformed by the orientation of the panels by which they are intercepted – and some symbolic and conceptual suggestions: from the inversion of the natural relationship that we have with light and darkness (here darkness becomes a necessary condition for perception), up to the reference to Plato's Allegory of the cave, according to which the knowledge of the world is initially mediated by shadows, faint and not entirely reliable projections of reality itself.

The external surface of the pavilion is completely reflecting. So if the faceted shape inside suggests a black cave, on the outside it resembles a crystal shard; Truthehole thus disappears in the fragmented image of the space in which it is located. From a conceptual point of view the internal darkness can be considered as the result of the outer shell’s full reflection, that cuts out every beam of light but the ones peeping through the pinholes and so originating the pictures: such a little portion of light, carrying the image of such a wide outer space.

Truthehole is built with 4 mm thick aluminum-polyethylene-aluminum laminated panels, which folded on the four sides behave like rigid elements; these elements assembled together constitute a self-supporting shell.

The pavilion is equipped with a raised floor on adjustable pedestals that absorb any possible irregularities of the ground. 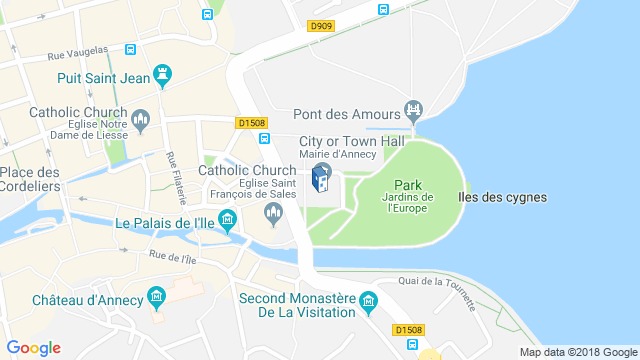 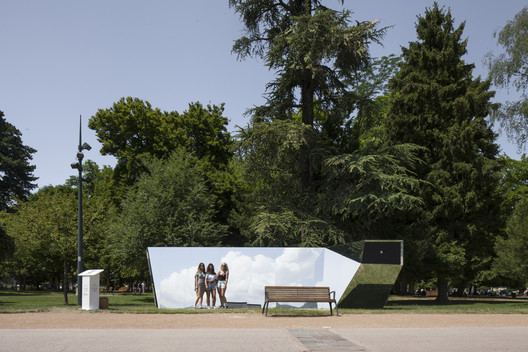 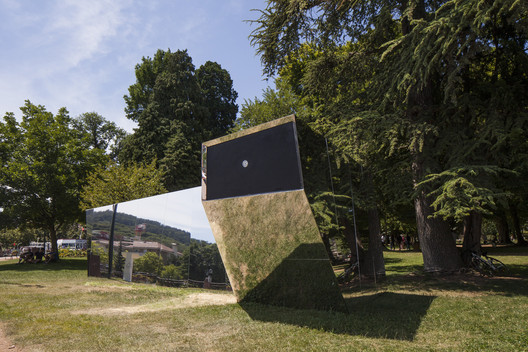