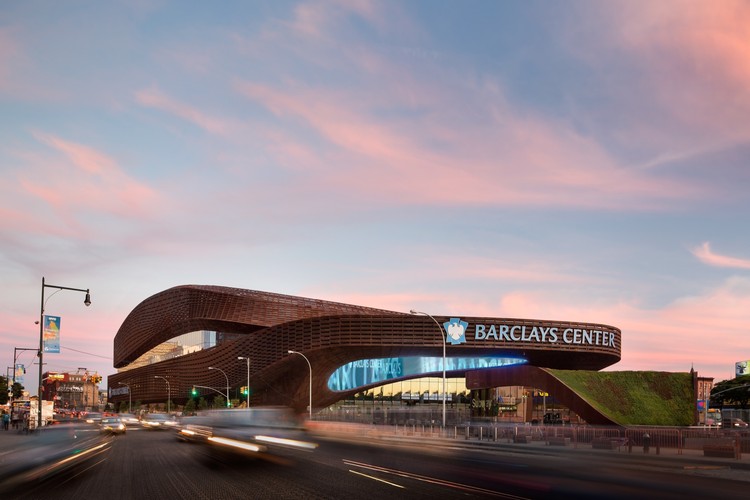 Text description provided by the architects. The Barclays Center is the home of the Brooklyn Nets and the site of more than 200 planned cultural and sporting events annually. It serves as the anchor of the Atlantic Yards development, which will function to relieve some of the pressure for new and affordable housing in the adjoining Brooklyn neighborhoods. The goals of the project were to create a venue that would be an economic and social catalyst for Brooklyn, while also blending into the neighborhood.

The design of the Barclays Center achieves a striking balance between iconic form and performance. Integrated into one of the busiest urban intersections in the New York metro area, the building reflects its function and surroundings through form, material, and scale.

One of the guiding principles of the arena’s design was to integrate its form with the surrounding neighborhood. The building relates at both a human and neighborhood scale, with a high level of transparency at sidewalk level reversing the inwardly focused experience typical with most arena architecture. This connection with the surrounding streetscape is further heightened by pushing the event level down one full story, creating a dramatic view into the arena bowl and scoreboard from the main entry plaza at Atlantic and Flatbush Avenues.

An added benefit of placing the main event space of the arena below grade is the reduction in the arena's overall height, ensuring that its scale relates comfortably to its surroundings. Views into the building and out to the sidewalk create a scaled intimacy between those inside and outside the arena, providing a true sense of connection between the building and its urban context.

The building's sculptural façade is wrapped in alternating bands of weathered steel and glass. The interplay of these two textures and materials emphasizes the contrast of light and dark: the scaled intricacy of the curving metal latticework creates a rich and dynamically textured surface, while the glass bands introduce a sense of lightness, opening the building to the surrounding city. The weathered steel is unique in that its rich patina reflects changes in the weather and daylight, while the taut glass skin reflects the colors of the sky and surrounding cityscape.

The lower band of steel lattice which wraps the building’s ground floor level around 6th Avenue and Dean Street rises up to create openings and views into the lobbies and main concourse. The grand civic gesture of this sculptural form is a 30-foot high steel canopy, reaching 85 feet over the main entrance plaza at the intersection of Flatbush and Atlantic Avenues. Viewed from under the transit canopy, this oculus anchors the central area of the plaza, creating a heightened sense of arrival and a truly urban gathering space. A unique feature of the arena's canopy is a large opening or oculus inscribed in its thickened metal surface. This oculus, the size of a basketball court, frames a dramatic view of the sky; and inscribed within the depth of its interior skin is a 360-degree panel of LED signage.

The interplay between light and dark continues inside the building, where material and lighting choices create a dramatic black-box theater-like environment in the public concourse and in the bowl itself. Highly reflective concrete floors and angular lighting are reminiscent of the Brooklyn streets at night, further dissolving the boundary between the building and its neighborhood, and reinforcing the arena’s connection with its surroundings.

Upon entering the Main Lobby from underneath the plaza canopy one is greeted with a dramatic view into the bowl. Framing this spectacular view is the players’ practice court, which one can look down into from main lobby level. Diagonally across the Main Lobby, veiled in a fine silver colored metal screen, is the club restaurant. A LED signage board wraps a bridge connecting the North Suite Level with the club restaurant. A series of 5' long glass enclosed opoline light tubes are suspended overhead, their reflective glow captured in the polished terrazzo floor below.

The Main Concourse is glazed along the sidewalk level to ensure optimum accessibility and visibility to the public areas of the main concourse. Like the Main Lobby, it connects the urban streetscape with the energy of the event space. The arena's weathered steel latticework is carried inside to form a series of undulating light ribs wrapping beneath the darkened ceiling of the main level. The facade aesthetic is drawn in further to also form the backdrop for wayfinding and framing of the storefront-like concessions wrapping the bowl.

One level above the Main Concourse, the North & South Clubs create a more settled experience—a marked contrast in color and material from the more public areas of the arena. Here the ceilings are covered in stepped pattern of white fabric tile taking its cue from the dynamic pattern of the exterior steel skin. A field of glowing tear drop-shaped glass lights are suspended over the lounges over a geometric carpet of cool grey-blue color. This same material palette is carried into the individual suites lining the bowl, where they become deeper and richer in color. 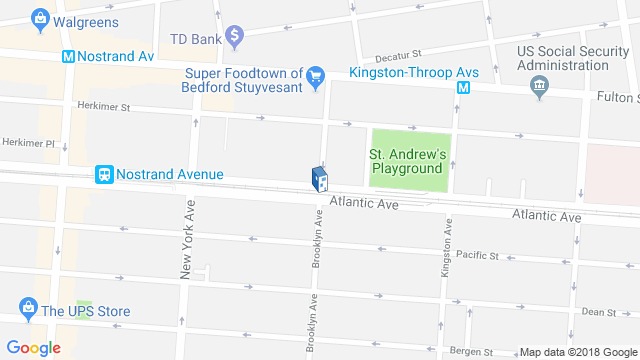 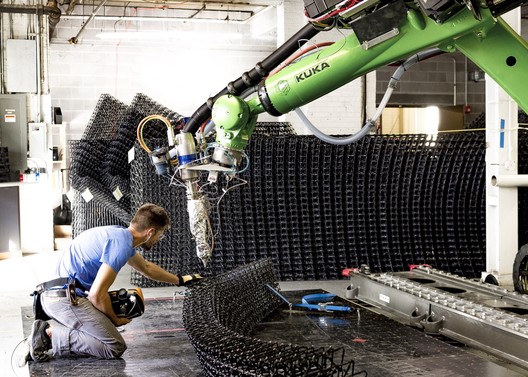 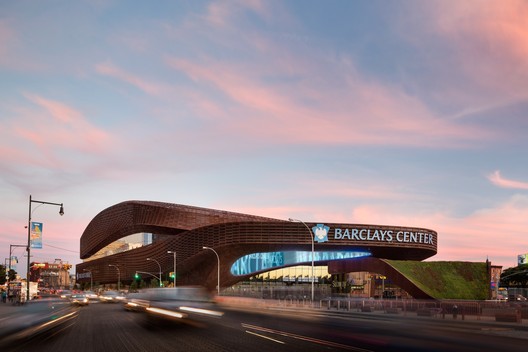