In a world of 3D, HD, 4K, and CGI, architectural representation in the film, television, and gaming industries are becoming ever-more realistic, ever-more dazzling, and ever-more expensive. But strip away the special effects, and the beautifully-crafted architectural forms of fictional worlds such as Game of Thrones, Harry Potter, and Marvel are no less impressive.

To demonstrate this, Angie’s List has produced a set of elemental, greyscale, pen-and-paper illustrations of some of the entertainment industry’s most iconic fictional worlds, celebrating style, form, materiality, and shadow. From the sleek futurism of Star Wars and Marvel to the vernacular fortresses of Game of Thrones and Skyrim, the “Fictional Architecture” series captures the finer details of our favorite fictional universes. 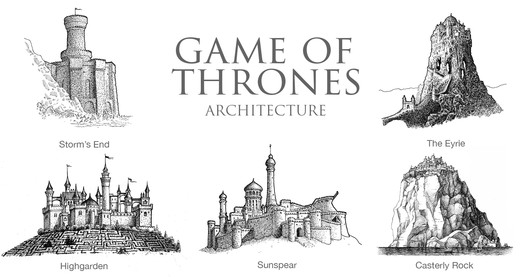