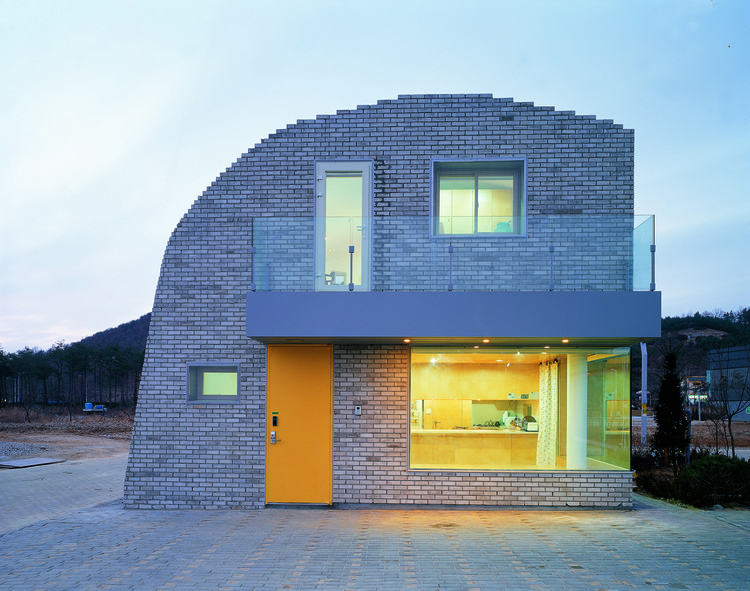 Text description provided by the architects. The Pixel House designed by Mass Studies in collaboration with Slade Architecture in Gyeonggido, Korea, thoughtfully incorporated the needs of their client, a young family of four.  There is a vagueness between public and private space, landscaping and building, which was the intention of both the client and architects.

We chose to break the row into fragments rather than just extending the "wall" of houses to the end of the site, by placing the main house at the western end of the site. This allows a bleeding between the front and back spaces and creates an outdoor space open to the street within the depth of the row house.

At a micro scale this tension between the contoured natural condition and the orthogonal master plan condition is further developed in the choice of materials. By using a simple orthogonal brick, in an orthogonal order and allowing the bricks to slide out of plane to create the curved wall, the tension between orthogonal and contoured form is revealed. This tectonic tension is parallel to the tension that exists between the building and the row of houses adjacent to it and between the master plan massing and the hilly landscape. 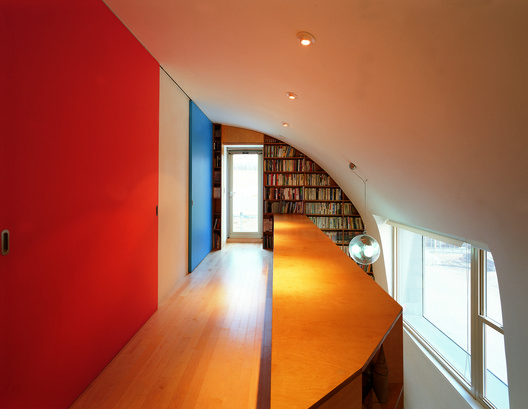 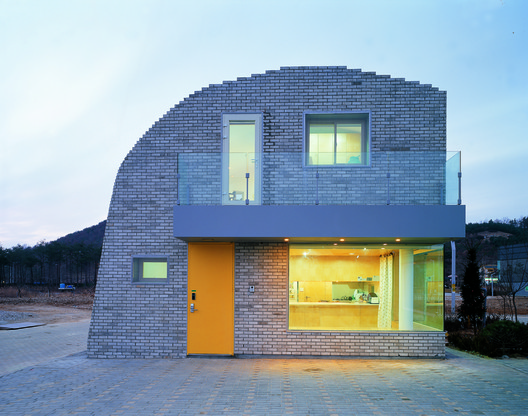