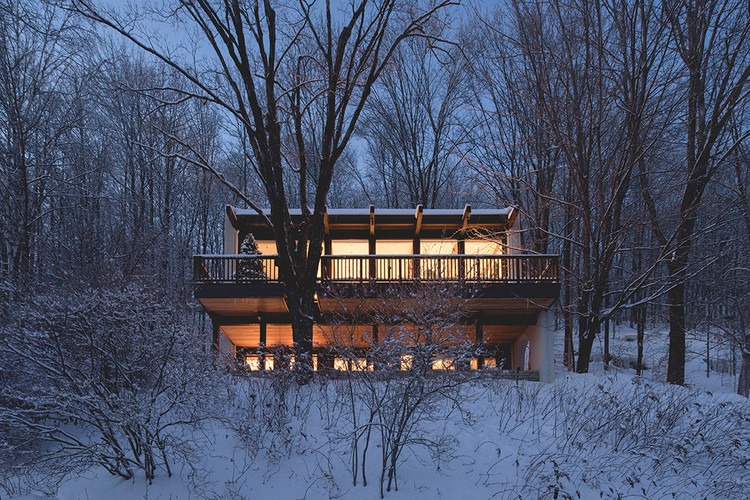 Text description provided by the architects. Originally built in the 1960s, the house featured the traits of that period’s Scandinavian architecture. Little known internationally at that time, this architectural trend hit its stride due to architects such as Alvar Aalto (1898-1976), for whom respect for the place, the importance of functionality and materiality would be the keys to design. This “organic” architecture, which has disappeared due to a series of interventions on the residence, will be brought to the forefront in this major transformation.

Although this house had several insulation and structural problems, its great singularity motivated the owners to invest in its renovation for their retirement project, instead of in a total demolition. The objective thus was to conserve its original character, while modernizing several of its aspects to improve the program’s functionality.

Apart from the restoration of the envelope and several interior elements, the main challenge was to review access to the residence in order to reduce the number of steps to climb from the parking. The main entrance, previously located on the first floor, was therefore relocated to the ground floor, forcing a complete reorganization of traffic and the program. An arch was erected to signal this intervention and emphasize this new route.

Previously topped with a flat roof, the project featured an added roof that was rethought to correspond better to its originally Scandinavian essence. Given the local by-laws requiring a pitched roof, the idea was to negotiate the roof profile to return to a more coherent volumetric architecture.

The projecting side walls delimiting the house were also a key component of the initial construction. Unfortunately, these walls had been relegated to the background by the roof that covered them. In this same logic of respecting the original character, these walls were widened and highlighted by the contrast of different materialities.

For the interior, the strong elements represented by the big stone wall and the singular railing were conserved in their entirety and restored to context in a more contemporary composition.

The new volumetry, freeing more space in the master bedroom, will allow the addition of new fenestration opening on the landscape. On the main floor, new openings will also be made to finally give a view of the rocky landscape from the kitchen. The residence, which previously had a “back room” exclusively orientated to the distant view, will then offer a multitude of framings of different landscape scales. 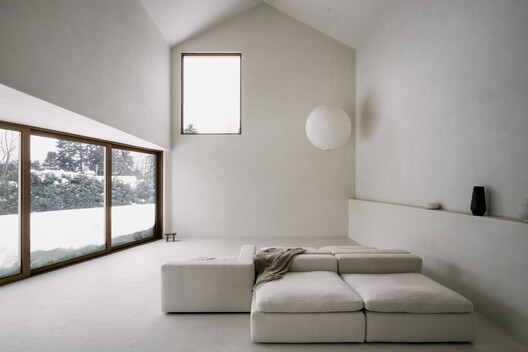