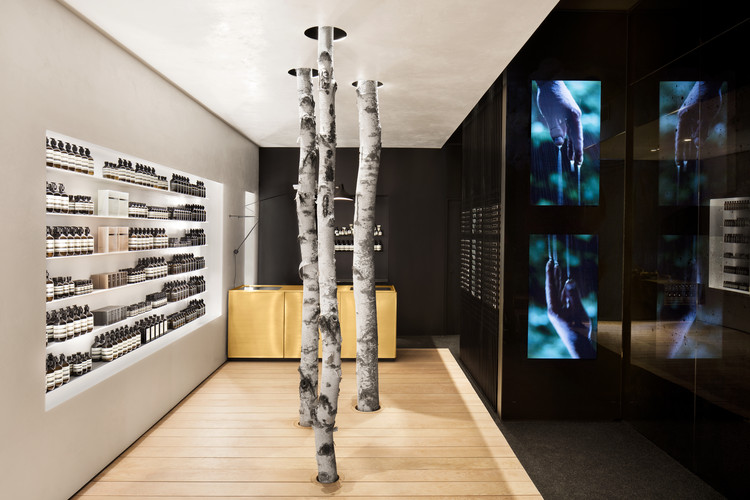 Text description provided by the architects. Aesop applies a singular sales philosophy. Specializing in body care products, it develops a variety of sophisticated space concepts combining simplicity and refinement, with the collaboration of each city’s architects that adds a specific local narrative to the venues. Working on a corporate identity by means of space implies a certain degree of abstraction. A figurative narrative in architecture always leads somehow to folkloric citation, leaving very little space for freedom of interpretation and contemplation. We believe architecture should be interpretative, not dictating.

For Aesop Westmount, a first venture for the enterprise in a specific North American cultural fabric, we proposed to look back at key components of the identity of its community: its link with water. By this mean, our design proposal seeks to establish a metaphorical bound between cultural identity, space and time.

As a material, water is interesting in its capability to become a tool for contemplation. In the Northern countries like ours, it is also a changing material: it goes from liquid to solid, from a deep blue during summer to a dark black during winter. This characteristic was kept the main characteristic of the Aesop store. By using a black glass on a half of the space, we indulge the occupant in a contemplative mood, complementing a slow culture of consumption promoted by Aesop. The black glass, as a metaphor of frozen water, duplicates the space, creates new perspectives and give depth to the physical boundaries of the venue.

A video installation, designed by artist Pascal Grandmaison, set at the entry of the space, duplicates a slow aquatic movement and enters in dialogue with the setting’s meditative ambiance and reflective qualities.

To this narrative, we oppose the presence of man and its capability to alter the landscape. The industrial area has been to some extend a key factor of development in our country to a point that even the notion of “nature” has been altered. The pulp industry is an iconic figure of this, with large portion of the land transformed by the labor of raftmen cutting, grouping and dragging large quantities of wood logs to large mills by forming huge floating platforms on rivers. We’ve chose to set a log-like wood floor in a pattern running perpendicular to the space in order to mimic these wooden platforms floating above the dark waters of the inlands. Like a sculptural element, three birch trees stands proudly in the middle of the space and acts as a visual reference to this play on nature.

The main water basin, that is key to the Aesop experience where customers are invited to test different products directly with the aid of the consultants, is cantilevered from the storefront into the space. The floating effect that it procures perpetuates the sensation of being somehow close to water as it presents itself in our identity landscape.

In the end, this long narrative is given to who might be receptive to it, or not. Each user holding its own interpretation. 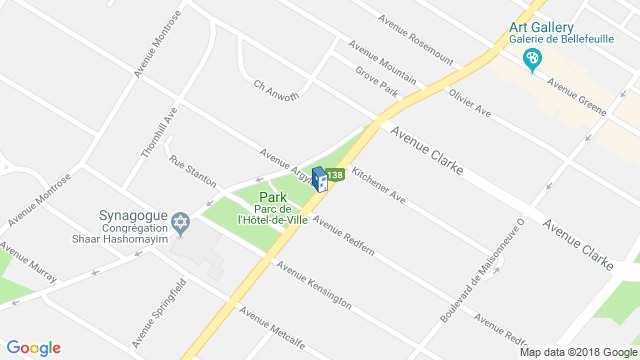 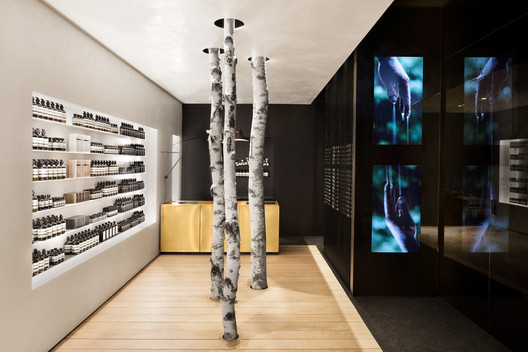