Text description provided by the architects. This is a XVIII century building. The old headquarters of the “Monte de Piedad” de Granada. It was like a Public Pawn shop. The amazing situation (just in front of the Alhambra), the public scale of the spaces and its configuration made this project a special one. We have tried to keep its atmosphere and propose a new language that improve to the existing building.

The strategy has been to reinforce the different constructive typologies existing in the building and add a new one for the roof.

The estructure of the Main Façade  is the most noble, made with a very large wood beams

About the finishing, we propose neutral material, to emphasize the existing elements that we keep: hydraulic floors, old brick walls, stone columns, decorated lintels  … in conclusion all the things that represented the memory of the building to keep its atmosphere 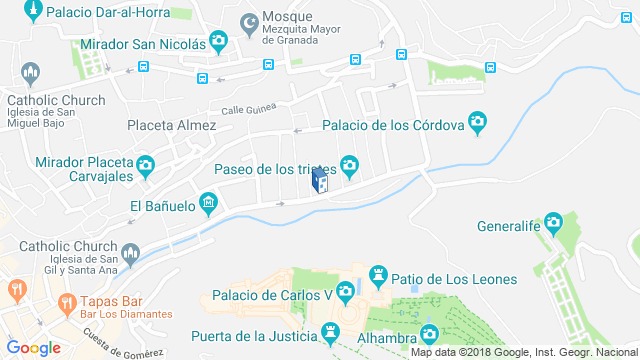 Location to be used only as a reference. It could indicate city/country but not exact address.
Share
Or
Copy
About this office
DTR_studio architects
Office
•••