Members of the Royal Institute of British Architects (RIBA) have elected Alan Jones to be their next president, following a turbulent campaign marked by allegations of institutional racism, financial disparity, and fraud. Jones saw off competition from fellow candidates Elsie Owusu and Philip David Allsopp.

Jones, who is a Past President of the Royal Society of Ulster Architects, and the first RIBA president from Northern Ireland, will take over from current RIBA president Ben Derbyshire for a two-year term beginning on September 1st, 2019.

Turnout for the election was 19%, with Jones receiving 2,704 votes, and his rivals Owusu and Allsopp receiving 1,673 and 857 votes respectively. The vote was open to registered members of the RIBA, though student members could not vote.

Jones is currently the RIBA Vice-President for Education. He was also Director of Education at Queen’s University Belfast, Northern Ireland, where he owned a private practice. Jones ran for RIBA President in 2016, coming second to Derbyshire in an election which saw 15% turnout. His successful 2018 campaign included pledges to improve representation of the profession, and to “put architects first.”

The 2018 campaign for RIBA President was full of controversy. In July of this year, presidential candidate Owusu was sent a “cease and desist” letter by the RIBA, after she publically questioned the £180,000-a-year salary of chief executive Alan Vallance.

Owusu, who was seeking to become the RIBA’s first black female president, has also made claims of institutional racism against the RIBA, saying senior members were exclusively white, and that an “old boys” culture of “inappropriate jokes and banter” existed. She also revealed that she had received a letter from an RIBA member which she perceived as a death threat. The incident was reported it to the police, who concluded no action was necessary.

The final twist in the RIBA presidential election came two weeks ago when the organization was investigated by the National Fraud Intelligence Bureau, following a complaint by Owusu over the alleged mismanagement of £1.1 million in refurbishment funds. Reacting to the results of the election, Owusu has called on President-Elect Jones to launch an independent review into RIBA finances.

No wrongdoing has been found against the RIBA, who reject the allegations made. Their response to the allegations states “like any longstanding institution, the RIBA has weathered many changes and had to adapt to the times. We know there’s more we can be doing to update our own governance and processes, to ensure all members feel represented and that we are fit for the future; this work is already under way.”

News via: RIBA / The Guardian 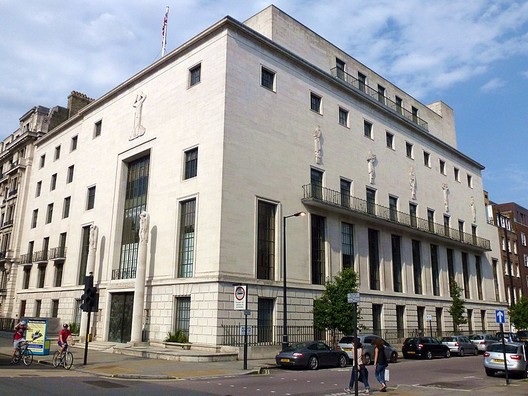