Save
RIBA Elects Ben Derbyshire as Next President
Share
Or
Copy

The Royal Institute of British Architects (RIBA) has elected Ben Derbyshire, chair of HTA Design, to become their next president. Beating out other candidates Alan Jones and Andrew Salter, Derbyshire will take over from current president Jane Duncan for a two-year term beginning on September 1, 2017.

Derbyshire has been a partner at HTA since 1987, where he has penned several essays including a recommendation on solutions to London’s Tall Building Boom, and has played an active role in RIBA activities for a number of years, including calling for an overhaul of the RIBA election process in 2014. He has held a number of Board positions throughout his career, including at RIBA Enterprises, and Design for Homes, and is a trustee of The London Society.

“Once again we find ourselves in turbulent times. In winning this election I am conscious of a great sense of responsibility owed to architects everywhere, in all corners of the UK and overseas,” said Derbyshire following the announcement. “Jane Duncan has laid the foundations for change at the RIBA that I look forward to driving forward, when I take up the role of President. My primary goal is to champion architects so that they, our sister professions and clients, can advance architecture as the cornerstone of the well-designed and more sustainable built environment society desperately needs. All architects, wherever and however we practice, need an RIBA that works for us.”

“Congratulations to Ben Derbyshire on his successful election and to Alan Jones and Andrew Salter for putting themselves forward for this fantastic role," said current RIBA President Jane Duncan. "During the next year of my Presidency, I will be playing my part in implementing the RIBA’s new five-year strategy which distilled the collective views of our membership. I look forward to passing this important baton on to Ben Derbyshire and ensuring that our profession has a strong voice and all our members, wherever they are, have the skills and support they need to thrive.”

Turnout for the election was 15.2%; Ben Derbyshire was elected with 53.8% of the votes after the exclusion and re-allocation of 1st preference votes. For the year leading up to his inauguration, Derbyshire will become the official RIBA President-Elect.

The position of RIBA President was established in 1835 and has been held by notable architects including Sir George Gilbert Scott, Sir Giles Gilbert Scott, Alfred Waterhouse and Sir Basil Spence. 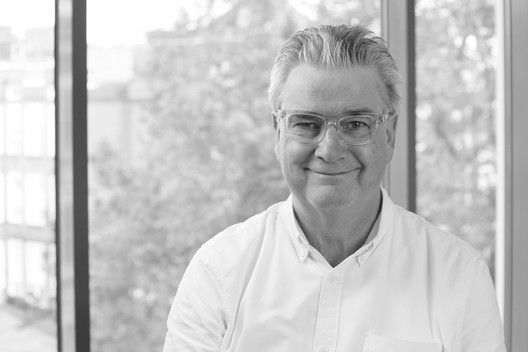